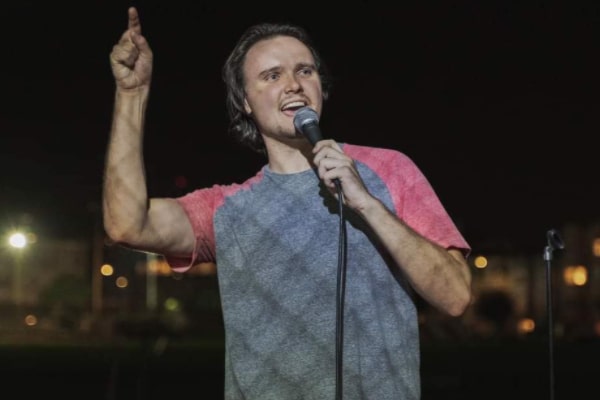 If you are a tech geek, you sure have heard the name Steve Ballmer, the former CEO of Microsoft, from 2000 to 2014. The current owner of the LA Clippers of NBA, Steve is not just a businessman and investor but also a doting father of three sons with longtime wife, Connie Snyder Ballmer.

Ranked as the 10th richest person globally, Steve Ballmer’s children must have been influenced by him to work hard and become successful. Because his mid child, Peter Ballmer, indeed did. Unlike his father, Steve, who graduated in Mathematics and economy, Peter chose to study computer science. He is doing pretty decent work to become successful.

Therefore, here is everything about Steve Ballmer’s son, Peter Ballmer, and his success story.

Aforementioned, Steve Ballmer is a dedicated father of three sons, Peter Ballmer being the second. Although Steve likes to keep things hushed about his childhood, he probably is the inspiration for his boys to work hard and be successful.

The stereotypes suggest that the mid child are often the neglected ones, but the Ballmer family seems to be an exception. Peter is loved by his siblings, Sam Ballmer and Aaron Ballmer, and his parents, Steve and Connie.

Likewise, Peter also seems to love and enjoy spending time with his family despite his hectic days as a Senior project manager. Moreover, compared to his family, Peter is pretty active on social media and often shares his Facebook adventures.

Steve Ballmer’s son, Peter Ballmer, attended Lakeside High School and graduated from Stanford University with a computer science degree. Besides that, he also seems to be interested in comedy and performs in several shows. Furthermore, Peter announces his shows via his Facebook feed and appears to be doing pretty decent work.

Thus, Peter Ballmer is a decent man with humor and a tech-mind. On that note, let’s look at his work experiences until he became the senior product manager at Zynga.

Career In The Tech World

Aforementioned, Peter chose to graduate in computer science, unlike his father, Steve, who holds a degree in applied mathematics and economics. Plus, he graduated from Stanford University with a degree in computer science in 2017. According to his Linkedin, he was also a member of the standup comedy club and Sigma Chi fraternity.

While in college, Peter accumulated the required skill as an intern from three different organizations, HTC, Expedia, Inc, and Travelnuts, Inc., from 2013 until 2015.

After completing his internship, Steve Ballmer’s kid started working as a remote sales agent in Taggler for a year. Moreover, Peter continued his apprenticeship with Triplt in product management for eight months in 2016.

Peter is pretty enthusiastic about his job and promotes their charity works even on his personal Facebook.

Posted by Pete Ballmer on Wednesday, 1 May 2019

Moreover, Peter has witnessed his parents’ long-term marriage from the 90s. Oh yes, Steve Ballmer and Connie Snyder Ballmer have been married since 1990, and the couple still maintains the feelings with the same intensity. However, they keep their love away from the screen.

Thus, Peter might have kept his relationship status private and decided not to announce it until the end. Or, he could be single and waiting for the right woman to enter and rock his world. Thus, let’s be patient and wait until Peter shares about his love life. Until then, let’s wish him luck and hope to hear more of his life chronicles in the coming days.

The name Peter has Greek origin, which means rock.