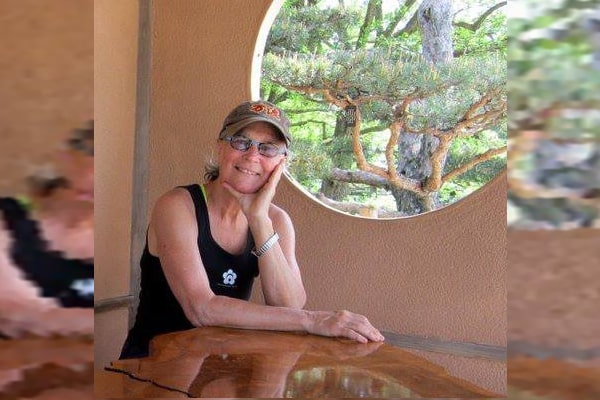 Betty White was a monumental name in Hollywood. The veteran actress had been working in the industry since 1939 and continued to shine till her last breathe. Honestly, White’s enthusiasm makes us feel older and dull. She had 100+ film credits and several television appearances to her name and established herself as one of the industry’s most influential people.

Furthermore, Betty White was more than just a pretty face on the screen; she was a beautiful mother of three kids with her late husband, Allen Ludden. Interestingly, she never gave birth to any of them and was their stepmother, but White became one of the world’s most awesome moms.

Therefore, we shall be tailing Allen Ludden’s daughter, Sarah Ludden, with his wife, Margaret McGloin. Did you know Betty and Sarah were inseparable? If not, read until the end to find out.

Youngest Child In The Ludden Family

Aforestated, Allen Ludden’s wife, Betty White, never gave birth but became a brilliant stepmother to three of his kids with his ex-wife, Margaret McGloin. The deceased pair had a son and two daughters, Sarah Ludden being the youngest born in 1952.

Unfortunately, Allen Ludden’s daughter, Sarah Ludden, is as secretive as her siblings, David Ludden and Martha Ludden. There is little information about her whereabouts, but a thing to be assured of is that she is very friendly and adaptive.

Moreover, Sarah was very young when her mother died of cancer at age 45. Therefore, it was easier for her to accept Betty White as her mother swiftly. Unlike her, Sarah Ludden’s sister Martha was the most difficult to deal with who continued to have an estranged relationship with their stepmother until her late years.

Well, it’s unfortunate to know Allen Ludden’s babygirl is secretive and lives away from media scrutiny. But, she inherited athletic interests and invested her time in karate. She assisted in opening a small karate school with her partner, Nancy.

As stated earlier, Allen Ludden’s daughter, Sarah Ludden, is an athlete. Interestingly, she initially started her career as an audiologist and dancer. However, her curiosity in martial art led her to pursue a career in karate. While Sarah chased after karate, she met a business owner, Nancy Lanoue.

Sarah Ludden moved to Chicago and joined Thousand Waves, studying Seido Karate and teaching second martial art at the same time. The founding co-directors and head instructors, Nancy and Sarah Ludden, started with a small number of people, but by 2019, they’d decided to step away from their roles.

Moreover, since 2019, Sarah continues to participate as an active training member. Unlike Sarah’s stepmother, Betty, she decided to get retired at age 69 and relax.

Aforementioned, Sarah Ludden opened a small karate school with her partner, Nancy Lanoue. However, a few sites have mentioned that the business partners might be in a relationship.

Sarah does not share details on her social media and barely ever talks about her relationship, and neither does Nancy Lanoue. However, only two faces can be seen on Sarah’s Facebook, including her and Nancy’s. Moreover, they have been together for several decades, and according to Closer Weekly, they dated for quite some time.

Furthermore, Sarah wished a woman named Patricia Broughton by addressing her as Love. She shared the photo of them learning karate, so it is not sure if Patricia is her student or partner. Let’s hope she opens up about her lovelife in the coming days.

Sarah Ludden Had Good Relationship With her Stepmother, Betty.

As mentioned earlier, Sarah Ludden had a great relationship with her stepmother, Betty White, unlike her sister, Martha Ludden. Well, Sarah’s sister did try to mend their relationship, but Betty refused to forgive her.

Moreover, Sarah’s sister, Martha, had a tumultuous relationship with her parents. Therefore, Sarah tried to intervene between her sister and their parents’ fight. Despite Sarah’s attempt, she couldn’t mend her stepmom and sister’s relationship. Maybe Betty had forgiven her stepdaughter, Martha, and things might have been better during Betty’s last days.

Sarah lost her beloved stepmother, Betty on December 31, 2021. Since she was very close with the talented actress, Sarah must be devastated about her loss. So, we send all our love to Allen Ludden’s daughter and hope that with time she will be able to move on with her life.

Well, Sarah Ludden, is secretive, progressive, and has had a great career. Therefore, let’s hope to hear a little more about her in the future.

The name Sarah means Lady or princess and has Hebrew origin.