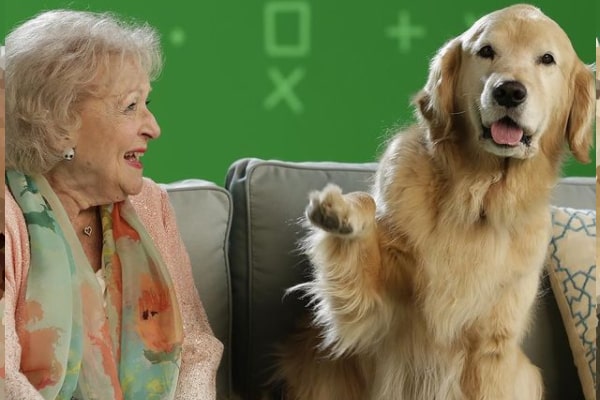 Allen Ludden's daughter, Martha Ludden did not have a cordial relationship with her stepmother, Betty White. Image Source: Social Media.

Before Betty, Allen was married to Margaret McGloin and welcomed three kids with her. The mother of three kids, and Allen Ludden’s ex-wife, Margaret, died of cancer. Here, we will focus on Allen Ludden’s daughter, Martha Ludden, and her whereabouts.

Aforementioned, Allen Ludden was one of the most critically acclaimed actors and an entertaining host who hosted the game show, Password, between 1961 and 1980. Besides being a successful entertainer, Ludden was also a doting father of three kids he welcomed with his first wife, Margaret McGloin, Martha Ludden being his eldest daughter.

Allen Ludden’s daughter, Martha Ludden, was born in 1950 from his first marriage to Margaret McGloin. Although there aren’t many details about Martha’s whereabouts, it is clear that she was relatively young when her mom died, and Allen remarried Betty White.

Meanwhile, Martha Ludden grew up into a fine woman with a successful career as a lawyer. The 71-year-old voluntary attorney has currently worked in AARP, a legal counsel for the elderly, since May 2016. Furthermore, the Suffolk University graduate was also involved with Clearly & Komen as trademark paralegal for a year in 1998. Well, Allen Ludden’s middle child is making a life worth million dollars with her voluntary services and dedication.

However, Martha is not the only scholar in the family. Her oldest and only brother, David Ludden, is a History professor at the University of Pennsylvania. He teaches development studies and South Asian history, particularly issues surrounding poverty and the environment.

Likewise, Martha Ludden’s sister, Sarah Ludden, started as an audiologist and dancer, the youngest in the family. She opened a small karate school called Thousand Waves with her business owner partner, Nancy Lanoue.

Well, the three Ludden siblings have a great bond with one another, but Martha couldn’t build a strong relationship with her step-mother, Betty.

As stated earlier, Martha Ludden was only 13 when her father, Allen Ludden, remarried Betty White. Therefore, things were not smooth in the Ludden family, and the acceptance came too late than anticipated.

Because Martha was young and immature, she was angry towards Betty and ‘deeply opposed’ their marriage. She was also mad at her father and made it clear that she did not like Betty. Moreover, the relationship between the father-daughter duo was already strained from the start, and the remarriage only fueled the fire.

Allen Ludden’s wife, Betty White, believes that her step-daughter, Martha made Allen’s final days a living hell as she always argued about their marriage. Moreover, according to Enquirer, it is believed that Martha was dead to Betty.

The decades-long feud was instigated by Martha’s anger and Betty’s presence in the family. But as an adult, she tried to mend their estranged relationship. However, Betty refused every knock at her door and sent back her apologies.

Moreover, while talking to The Enquirer in 2010, Allen Ludden’s daughter, Martha Ludden, revealed that the last time she and Betty spoke was 30 years ago. It is unclear if the stepmom and daughter duo ever salvaged their relationship. However, Betty White had a lot of pride in her children. Thus, it wouldn’t be a surprise if they reconciled.

As stated earlier, Martha Ludden’s parents died when she was a young child. Furthermore, her mother, Margaret McGloin, and father, Allen Ludden, both died of cancer.

Moreover, Martha was very young when she lost her mother to cancer. Born to Gilbert James McGloin and Ameta McGloin in Texas, United States, Margaret died at age 45 on October 30, 1961. McGloin passed away surrounded by her loved ones and children in Manhattan, United States.

Unfortunately, there aren’t many details of Margaret and Allen’s marriage, but as mentioned several times, the pair welcomed three kids and were married for 18 years.

Likewise, Martha Ludden’s father, Allen Ludden, was diagnosed with stomach cancer in the early 90s. He sadly fell into a coma because of high levels of calcium from medications that helped fight cancer. Although Allen hoped to recover, he sadly succumbed to cancer and died on June 9, 1981, in Los Angeles at age 63. Losing both parents to cancer must have been harsh on Martha.

Moreover, on December 31, 2021, Martha Ludden lost her stepmother, Betty White. While the pair had their difference, losing another parent must be devasting for Martha. So, we send our love to Allen Ludden’s daughter and hope that she will be able to move on from this difficult time.

Although Allen Ludden’s daughter, Martha Ludden, lives a secluded life, she’s still working as a volunteer attorney. Must be inspired by her step-mom, Betty White, who worked till her death at age 99. Therefore, let’s hope to see more of Martha in the coming days.

The name meaning Martha is a Latin name that means mistress or lady.