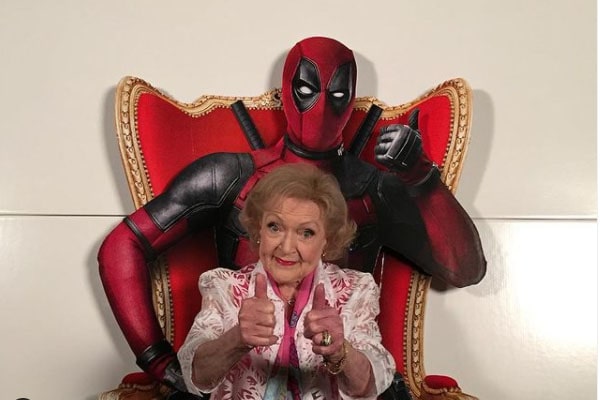 Betty White was a legendary Hollywood actress whose career in the American Entertainment Field has spanned more than 80 years. White was also accredited as the first woman to create and star in the sitcom Life with Elizabeth, which won her the honorary title Mayor of Hollywood in 1955. The multi-talented comedian, author, and animal advocate, White’s acting career started shortly after her high school graduation in 1939. Since then, she was actively entertaining her fans with her charming performances, and it seemed like she was never going to stop.

The on-screen wife of Del Moore in Life with Elizabeth, Betty White, exchanged wedding vows three times, in real life, with three different men, Dick Barker, Lane Allen, and Allen Ludden. However, since the death of her last husband, Allen Ludden, she vowed not to marry again. Here, know some more about Betty White’s ex-husband, Lane Allen, who wanted her to leave her acting career to be a housewife. Also, know about his life after his divorce from Betty White.

Lane Allen was the second husband of the beautiful actress, Betty White. The former pair walked down the aisle on 8 November 1947 after dating for some period. As mentioned in Betty White’s biography, Lane and Betty met while they both were pursuing their career in acting. Soon after meeting each other, the two madly fell in love and decided to tie the knot.

Lane Allen’s marital relationship with Betty White went well for almost two years. However, they began to experience difficulties in their marriage, eventually leading to their divorce on 17 July 1949.

Aforementioned, Lane Allen was Betty White’s second husband. Before Lane, she was in a marital relationship with Dick Barker for six months from 7 July 1945 to 18 December 1945. According to various online sources, the reason for Betty’s separation from Barker was that she could not sustain with him at his Belle Center’s Chicken Farm.

Allen Wanted Betty To Get Out Of The Show Business

Betty White always gave her best for her career in the American Film Industry. Her career was the main priority for the talented actress. However, this resulted in the failure of her second marriage as Betty White’s former husband, Allen, wanted her to be a homemaker and retire from acting.

Betty White’s ex-husband, Lane Allen, longed to have kids with his then-wife, Betty and wanted her to raise them and become a stay-at-home mom. But it never happened. Instead of leaving her acting career, Betty chose to divorce Lane. In her interview with Intimate Portrait, Betty said that she pictured the life of a career woman versus that of a housewife. White added that she knew she would not be content staying home as her career was a big part of her life. So, Betty did not accept her ex-husband, Lane’s proposal for having kids.

Lane Allen himself was in the film industry as a talent agent, casting director, and actor. Allen is famous for his work in films like Project U.F.O., Police Story, and Gemini Man. Also, Allen showed his acting talent in some TV series like The Young and the Restless, Police Story, and many more. Even though he was in the movie industry himself, Lane could not understand his ex-wife, Betty’s love for her profession. As a result, his happy marriage with Betty ended in a divorce.

Furthermore, in an interview, Betty said that she failed to live up to the kind of wife her ex-husband, Lane, wanted to have. White went back to live with her parents after separating from Lane and continued acting and performing. Though Betty did not have kids of her own, she got a chance to experience motherhood through her step-children that she got from her third marriage with Allen Ludden.

After divorce, Betty White’s ex-husband, Lane Allen, moved on in his life. While continuing his career in the entertainment industry, he met actress Randy Stuart whom he married on 25 June 1954. Together they had two children whose name is not available for the public to date. Sadly, Lane’s marriage with Stuart also ended with a divorce in 1968.

Following the split-up with Randy Stuart, Betty White’s ex-husband, Lane Allen, found love again. He fell in love with Ramona Eileen McKay and wed her on 27 August 1971. McKay was by Allan’s side till he passed away on 5 August 1995. As for Betty White, she lived as a widow of Allen Ludden until her death on December 31, 2021.