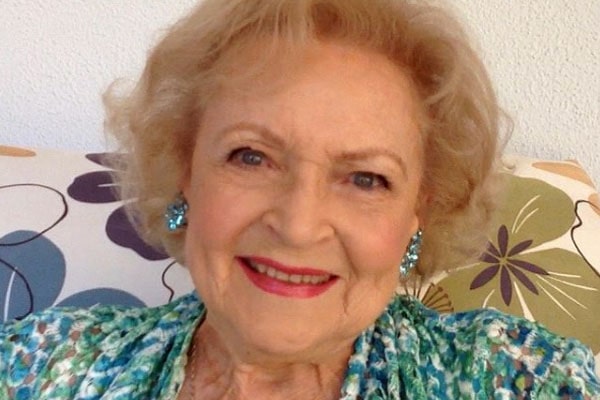 Betty White was known for her incredible career in the entertainment industry. In her career spanning over eighty years, Betty White had been a part of almost every field, including acting, singing, modeling, and many more. She had entered the showbiz at the age of eight, playing an orphan on the radio serial, Empire Builders. White gave continuity to her acting career and was already shining out on TV by her teens. Even after working in the business for so long, White had no plan of stopping.

The versatile actress Betty White married thrice in her lifetime. She married and divorced a pilot, Dick Barker, and a Hollywood actor, Lane Allen. Later, for the third and last time, White married TV personality, Allen Ludden who passed away in the early ’80s. The veteran comedian, Betty White, did not marry again after Ludden’s death.

Here, we will be specifically discussing some facts about Betty White’s ex-husband, Dick Barker. So, please stay with us till the end of this article to know them all.

Married To Betty White For Six Months Only

As mentioned earlier, Betty White tried her hands on the wedding nuptials thrice. Among White’s three marriages, her first wedlock was with a US Army Pilot, Dick Barker. The former couple took the wedding vows after the end of the second world war in 1945. At the time, Betty White was 23 years old and working as a member of the American Women’s Voluntary Service. Talking about Betty White’s ex-husband, Dick, he was also a chicken farmer at the time.

According to The List, Betty White met Dick Barker at the rec halls where she and her mother, Christine Tess Cachikis, would dance and play games. Aforementioned, at that time, he was a WWII fighter pilot and a chicken farmer. Eventually, they became closer and started dating. In November 1942, Dick proposed to his then-girlfriend, Betty White, with an engagement ring and went overseas. White and Barker used to send letters back and forth. After Barker returned from overseas, they got married, and Barker took White to his home in Belle Center, Ohio.

However, as everyone knows, Betty White’s main concern was always her acting career; she became like a fish out of water at Barker’s home. The tiny town in the Ohio Farm Country was a big adjustment for White, who grew up in a big town like California. So, Betty White divorced Dick Barker in 1945.

There might be various reasons behind the official separation of Betty White and her ex-husband, Dick Barker. One of the reasons was that White could not adjust her life to Barker’s small Midwest chicken farm. Moreover, she had got into a relationship at a very young age. As a result, White could not hold on to her marital union with Barker for long.

While talking to the AARP organization, Betty White revealed why her relationship with Dick Barker failed. She stated that she married Dick Barker because they wanted to sleep together. So, they were in bed for six months, and their marriage ended with a divorce soon after six months of marriage. White added, though it was a short union, it helped her to appreciate the real thing when it comes along.

So, it is clear that the main reason behind Betty White’s divorce from her ex-husband, Dick is the lack of pure love for one another. It seems like there was not complete relation like husband and wife between them, which resulted in their divorce just after six months.

After the divorce, Betty White’s ex-husband, Dick Barker, completely vanished from the spotlight. There are no traces of Barker on the internet. However, it has been over a half-century since he separated from White, so he probably might have married another woman after the split-up. We hope he is living a calm and peaceful life wherever he is around the globe.

While there is no information about Betty White’s ex-husband, Dick Barker’s present life, Betty lived a life of a widow since the death of her husband, Allen Ludden. Sadly, Betty too passed away on December 31, 2021. We hope she is now reunited with her beloved husband, Allen in heaven.

Moreover, White did not have her own biological kids, but she took the responsibility of Ludden’s three children, David Ludden, Sarah Ludden, and Martha Ludden, from his previous marriage. None of Betty White’s step-children are in the showbiz but it is sure that the trio will miss their loving stepmother.

We wish we could find more about Dick Barker. But, as he keeps his private life low-key, it isn’t easy to dig through his present life. Have patience. We will find out about Dick Barker’s current life, including his new wife and children, and update you soon.