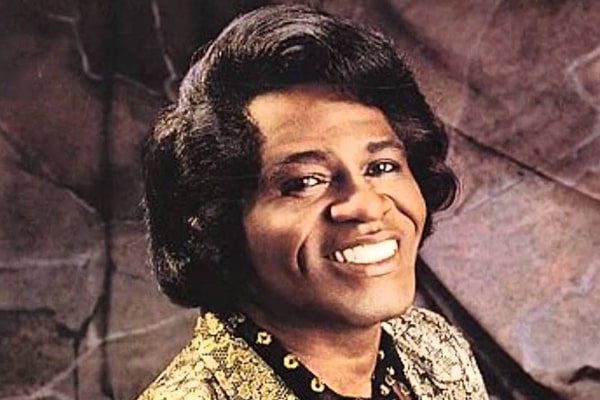 James Brown is a prominent name in the musical world and a self-proclaimed ‘hardest working man’ in the show business. The ego Brown has is not without support as he is notably the greatest artist in the history of black music. Moreover, his contribution to pop culture and influence in other genres is massive.

Although Brown enjoyed a victorious career of over 50 years, his personal life is a mess. He married four women, Velma Warren being his first wife. After her, his marriage with Deidre “Deedee” Jenkins was a disaster with domestic abuse claims, and to talk about his third marriage to Adrienne Brown, disastrous could be an understatement. Likewise was his marriage with Tomi Rae Hynie, which was later ruled illegal since Hynie had not annulled her previous marriage.

But today, we shall be focusing on James Brown’s ex-wife, Velma Warren, and her whereabouts.

It is no surprise to hear yet another controversial marriage and James Brown; they are like the inseparable duo. He married four times, and each wedding has its own tales except for the first one with Velma Warren.

There is nothing much about the couple’s relationship rumor as James had with his other wives. Velma and James’ marriage seemed quiet. They even welcomed three sons together.

Born in 1933, James found solace in R&B via gospel music and later developed funk music in the 70s. Moreover, James Brown’s ex-wife, Velma Warren, was with him from the very start of his career. She further supported him throughout his initial days and aided him during his struggle.

Despite all the support and love the former Brown couple had for each other, they parted ways in 1969. Well, it wouldn’t be James Brown’s marriage if there isn’t a twist. Although the pair is said to have divorced in the late 60s, Velma claimed they were never divorced and demanded to be part of his estate. But the documents said otherwise.

Aforementioned, James Brown’s wife, Velma Warren Brown, parted ways from him after several decades of being together. However, after claiming to have never divorced the legendary singer, she made headlines and wanted to be a part of his estate in 2007.

According to Today, Velma Warren Brown filed a statement in Aiken County court claiming that she never signed any agreement breaking off her marriage to James.

However, James Brown’s former partner, Velma, contradicted her statement as she had remarried. Louis Levenson, an attorney representing James Brown’s children, further added that Velma admitted to having committed bigamy if she was not divorced.

On the contrary, Velma’s lawyer, David Bell, said that his client married the soulful singer in 1953, welcomed three children, and spent 17 years together. Again, The Augusta (Ga.) Chronicle reported that the couple was granted a divorce in 1969. Judge John Hardin signed the divorce decree on August 26, 1969.

It turns out, Velma Brown had filed for dissolution of the marriage on July 17, 1969, after five years of separation. Furthermore, the court records also included the 73-year-old at the time, Velma’s original divorce petition, and the property settlement and support signed by James and Velma Brown on June 27, 1969.

Additionally, the judgment dissolved their marriage and permitted them to remarry.

Despite the report, Bell insisted that his client, Velma, and her late husband met weeks before he died at his South Carolina house. She also swears that James gave her $4000 in the affidavit.

Aforementioned, James Brown’s ex-wife, Velma Brown, gave birth to three sons from their decade-long marriage; Terry Brown, Larry Brown, and Teddy Brown. And according to an article in New York Times, at the time of Velma and James’ divorce, a five-year-old girl named, Lisa Brown was also mentioned in their divorce settlement. So she must have been the only daughter of the late artist and his first wife.

James Brown’s ex-spouse, Velma, lost her baby, Teddy Brown, in a car accident in June 1973 at age 19. Moreover, Daryl Brown suspects that his brother’s death was intentional and believes Teddy was shot before the car crashed.

While his mother tried to claim her ex-husband’s estate, her son Terry wanted to see his father’s will as it was. Unfortunately, for James Brown’s children, they weren’t getting any of his property. Moreover, James had once confided to his friend that he wasn’t leaving any wealth for his children. He said that being his child was enough of an inheritance. He ended his confession by saying they weren’t getting a dime.

Well, Velma Warren’s husband had worked hard to make this legacy, whether it is good or bad. And honestly, being James Brown’s children could be enough to earn off of his name as they are already publishing books explaining their perspectives on his lives. So, in a way, they are getting rich off his back, aren’t they?