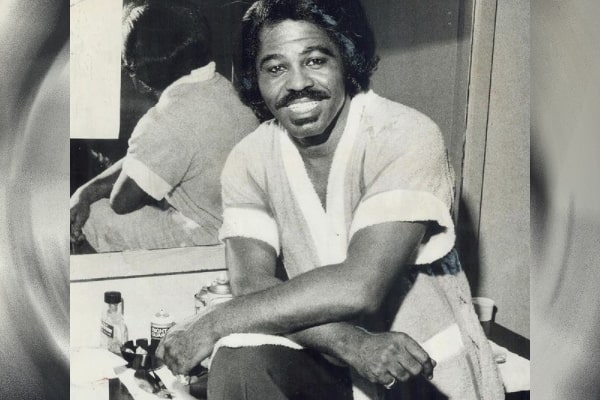 Music icon James Brown had a significant influence in the entertainment industry and inspired the development of several music genres. He is still known as a funk music progenitor. He was also named one of the first ten inductees into the Rock and Roll Hall of Fames at its inaugural in 1986.

Besides having this immense persona as a music personality, James Brown also had a reputation as a domestic abuser. Needless to say, the self-professed s*x machine got a vasectomy after increasing child support cases. Despite that, he reportedly fathered twelve children with his four wives and other affairs.

However, we will be talking about James Brown’s son, Terry Brown, in this article. Follow until the end to know about Terry’s whereabouts and his statement regarding his father’s will.

Music lovers must have heard the name James Brown, the parent of funk music. However, he also has a reputation for being an abusive partner to his wives. Aforementioned, Brown was married four times, Velma Warren being his first wife.

The former couple welcomed three kids together, Terry Brown being one of them. Furthermore, Terry Brown’s parents shared vows on 27 June 1953 in an intimate ceremony. His parents were together throughout the formation years of Brown’s career.

Unfortunately, the pair decided to part ways on 26 August 1969. However, James Brown’s ex-wife Velma stayed in touch with her former partner until his last moment. Regrettably, there isn’t much about James Brown’s son, Terry Brown’s childhood, and he stayed away from the media approach. Thus, even when he is enjoying his adulthood, we still have very little about his whereabouts.

Furthermore, Terry might have been pretty young when his parents parted ways. Although separated, James and Velma maintained a good friendship for their children’s sake. Thus, James and Terry must have had a beautiful relationship.

Terry grew up with his siblings, Larry Brown, and maintains a good relationship with half-siblings Yamma Brown, Deanna Brown, Daryl Brown. Unfortunately, Terry lost his brother, Teddy Brown, at a very young age and a sister, Venisha Brown, in 2018. He also has a younger sister named, Lisa Brown who was just five when Terry’s parents separated in 1969.

Born in 1954, Terry Brown’s brother rests in peace at Toccoa, Georgia, USA. Since the Brown family lost the oldest, Terry had to be in charge of his younger siblings. As a result, he established a beautiful relationship with his siblings and half-siblings.

While Terry assisted his brother-in-law during the hard times, he also had legal trouble of his own. The Brown’s estate battle was making headlines globally, and hence Terry decided to jump in with a surprising statement, all while his mother claimed to be a surviving widow.

Terry Brown Wanted to See His Father’s Will

James Brown is a master of quirky decisions. Thus, decisions regarding his estate instigated the legal battle since his death in 2006 to this day. It attracted multiple people who claimed to be his illegitimate children, while divorced wives felt entitled to their property even after a divorce decree was passed.

Likewise was the story of Terry Brown’s mother, Velma Warren, who claimed to be one of Brown’s surviving widows. She filed a statement in Aiken County Court claiming she was not divorced. However, reports and papers of their divorce later floated in The Augusta Chronicle.

While Velma was busy claiming her right as a widow, she and James Brown’s son, Terry Brown, wanted to see his father’s will as it was written. Interestingly, Terry and his siblings, Larry, Daryl, Yamma, Deanna, and Venisha, were named in James Brown’s will. Furthermore, James Brown’s youngest son James Brown II was not listed as heir.

Despite the clear will, James Brown’s children believe that it was heavily influenced by his lawyer, Buddy Dallas, accountant, David Cannon, and friend and former magistrate Alfred Bradley.

Besides being a part of a prolonged family feud, James Brown’s son, Terry Brown, continues to remain away from the media approach. Thus, let’s hope to see and hear more of him in the coming days.

The name Terry means the power of the tribe and has an old German origin.