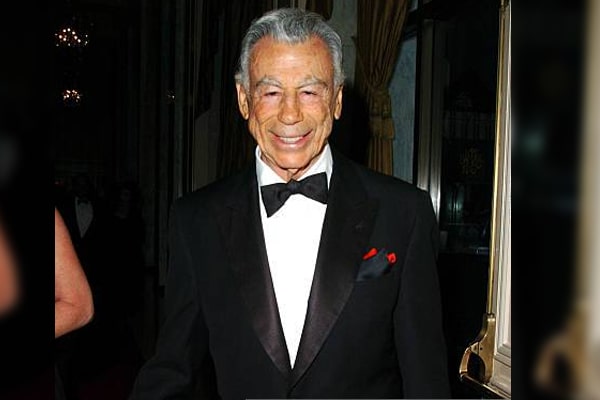 Las Vegas movie studio and real estate mogul, Kirk Kerkorian, was a phenomenal businessman and had a timid personality. The former CEO and president of Tracinda Corporation was a prominent figure in the shaping of Las Vegas. Throughout his career, he gained massive success, including the opening of the world’s largest hotel in Las Vegas, not once but thrice.

The business magnate, Kirk was hit by cupid’s bow several times. But, it looks like Jean Maree Hardy fulfilled his soul, and they welcomed two beautiful daughters; Tracy Kerkorian and Linda Kerkorian during their decades-long marriage. He was also married to Hilda Schmidt for almost a decade and Lisa Bonder for nearly a month.

Today, we will be talking about Kirk Kerkorian’s eldest daughter, Tracy Kerkorian, in this article.

Kirk Kerkorian welcomed his first child, Tracy Kerkorian, with his ex-wife, Jean Maree Hardy. The couple had first met at the Thunderbird resort in Los Vegas. Tracy’s mother, Jean, was a dancer from England, who traveled the world instructing dance troupes.

Tracy Kerkorian’s parents fell in love while Jean was sent to check opportunities to choreograph a performance in Las Vegas. The former couple shared their vows in front of friends and family on 5 December 1954 amidst friends and families.

Tracy Kerkorian is not an only child in the Kerkorian household. Jean and Kirk welcomed, Linda, a little sister for Tracy to play with. Because Kirk was intensely secretive who barely made television presence, he had managed to keep his daughter, Tracy’s childhood a secret.

However, Kirk Kerkorian’s daughter, Tracy, and Linda’s name serve as a portmanteau for his holding company, Tracinda Corporation. Similarly, he named his charitable organization, the Lincy Foundation.

Although Tracy Kerkorian’s parents divorced after 30 years of marriage, they remained close friends.

Aforementioned, Kirk used to prioritize his confidentiality. Alike father Kirk, Tracy also seems to maintain her secrecy. However, we do know that she and her sibling, Linda hold a majority stake in the casino, hotel operator MGM Mirage.

Besides that, Kirk Kerkorian’s daughter has managed to keep herself out of the media approach. Kirk, who rarely gave interviews, but was a humble man, must have influenced his eldest daughter who does not appear in any form of social media.

Guess Kirk Kerkorian’s daughter had learned to enjoy life and is living to do so. Hopefully, we will get to hear and see from Tracy soon.

Although Tracy’s father Kirk Kerkorian was never involved in feuds directly, his indirect presence had shooketh the world. Well, we are aware of Lisa Bonder and Kirk Kerkorian’s bizarre paternity battle.

Kirk hired a private detective to look into the paternity claims, took a piece of dental floss from the Bonder’s ex-boyfriend, Steve Bing‘s trash. The DNA proved that Kira Bonder‘s biological father was, in fact, Mr. Bing.

Although Kirk Kerkorian’s kid, Tracy, picked up her father’s secretive lifestyle and is living somewhere in the ever running world, let’s hope to see her sometimes in the future.

Tracy is of Irish origin, which means ‘war-like’ or ‘fighter.’ It also translated as ‘more powerful’ or ‘superior.’