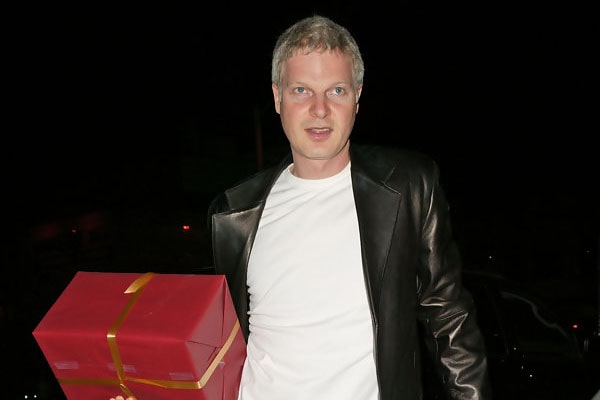 Kira Bonder, aka Kira Kerkorian Bing, is Steve Bing’s daughter, together with former partner Lisa Bonder. She was born in 1999. Kira is the only child of the former pair. However, she has got a half-sibling named Damian Hurley, Steve’s son, with British actress Elizabeth Hurley. She also has a half-brother, Taylor Jennings Kreiss, and he is Lisa Bonder’s son with Tom Kreiss.

Poor Kira has got a turbulence past and had to face a lot of family problems in her early days. Kira’s biological father, Stephen Leo Bing, is an American film producer, businessman, and donor to progressive causes. Sadly, he died on June 22, 2020, at the age of 55 only.

As for Kira’s mother, Lisa married the U.S. media mogul Kirk Kerkorian but ended with a divorce in 1999. So, with wasting any further, let’s take a look into the turmoiled life of Kira.

There is no denying that her two fathers had already disowned the 21-years-old Kira Kerkorian Bing in her short life.

The former tennis pro, Lisa Bonder, married the U.S. media mogul, Kirk Kerkorian, in 1999. But their marriage lasted just for 28 days. After the divorce, Lisa got pregnant and insisted on the late billionaire, Kerkorian as her daughter’s father.

Kerkorian paid a whopping $100K a month in child support. Nevertheless, as part of the former couple’s divorce settlement, he was also forced to establish $7 million as a trust for his daughter.

However, Kerkorian suspected Kira wasn’t his child and carried out the noughties. There, his private detective, Anthony Pellicano, famously swiped a piece of dental floss used by New York businessman Steve Bing.

As mentioned before, Steve is the former boyfriend of Bonder. After following the DNA testing, it proved that Bing was, in fact, Kira’s father. Although, after clear evidence, Steve Bing rejected his biological daughter as a part of his family.

Unfortunately, Kirk passed away in the year 2015 at the age of 98. During the time of his death, Kirk Kerkorian’s net worth was a massive one with $4.2 billion.

Just at the age of 18, Kira’s biological father Steve inherited approximately $600 million from his grandfather. However, Steve Bing’s father, Dr. Peter Bing, fought to stop his illegitimate grandchildren from getting their hands on the family trust. The kids included Kira and her half-brother, Damian Hurley.

Divorce Came With A Price

An emerging battle over the wealthy family fortune kicked off Steve Bing’s daughter, Kira, after she allegedly claimed that she was a beneficiary of Bing’s trust. In response to the claim, Steve filed court papers that asked for a judge to deem her daughter ineligible in Los Angeles County.

“l know that neither of them has lived with Stephen(Steve) while a minor as a regular member of his household.”

Despite her scandalous family life, Kira has successfully managed to stay out of the spotlight though some sources suggest that she has also followed in her mother’s sporty footsteps.

Kira Bonder’s Dad Passed Away At The Age Of 55

On June 22, 2020, Kira Bonder’s dad, Steve Bing died by suicide in Los Angeles at the age of 55. According to Variety, police and the coroner’s office claimed a man fitting his age jumped from a Century City apartment building. Bing who inherited a fortune of $600 million from his grandfather had been suffering from depression.

He had also contributed millions of dollars to Democratic political causes. Let’s hope Kira will handle such unfortunate events calmly.

Kira is a female name of the masculine name Kir of Russian origin. The name provides the meaning of “mistress or ruler.”