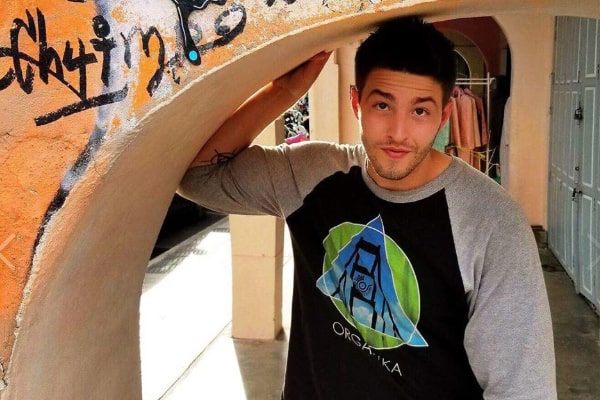 Lisa Bonder and Tom Kreiss's son is all grown up and has stable career as a positive psychology coach. Image Source: Kreiss's Facebook.

Lisa Bonder is a former tennis player who managed to bag a significant success winning four singles titles on the WTA circuit.  The beautiful athlete had massive and steady progress in her career, but similar remarks cannot be made about her relationship.

The former tennis player was married twice, and she made headlines when she changed her last name both the times. Although the marriages were short-lived, they welcomed beautiful children from each marriage. Today, we will be talking about Lisa Bonder’s son, Taylor Jennings Kreiss, with her businessman husband, Tom Kreiss.

Lisa Bonder’s Son, Taylor Jennings Kreiss is All Grown Up

Children grow up at a rocket’s pace. They were born yesterday, started giggling today, and voila, they have their career, life, and ambitions tomorrow. These feelings could be overwhelmingly ecstatic for parents who witness their child transform from a tiny kitten to a Godzilla.

A similar story resonates with Lisa Bonder’s son, Taylor Jennings Kreiss. Unlike his father, Tom Kreiss, he is very active on social media and is all about philosophy, and positivity. Born on February 8, 1989, Taylor is a consultant, a writer, and a positive psychology coach.

Taylor Jennings Kreiss is the gift of Tom Kreiss and Lisa Bonder’s love. The former couple were married in 1988 and welcomed their bundle of joy within a year of marriage. Unfortunately, Taylor’s parents’ marriage did not last long, but they nurtured their child in the privacy and made him liable.

Lisa Bonder and Tom Kreiss’s son, Taylor Kreiss, is ever-ravenous for knowledge and has recently enrolled in the University of California to pursue another masters’ degree in Social work to become a therapist.

Aforementioned, Lisa Bonder’s son, Taylor Jennings Kreiss, is a diligent person. He works rigorously to achieve his goals. Thus, Kreiss’s LinkedIn profile shows how earnestly he works out for his dream.

According to LinkedIn, Bonder’s son started working since his undergraduate days. Taylor worked as a teacher assistant and director of special projects for the UPenn Positive Psychology Center for over a year at the University of Pennsylvania.

Likewise, Taylor Jennings served as an executive producer for the psychology podcast for three years from 2014 to 2017. Bonder’s son is a freelance blogger for the Huffington Post since February 2016.

Taylor Kreiss’s blog is full of positivity and self-help articles. Furthermore, his bio claims that he is helping folks feel happier, healthier, and more fulfilled. Happiness becomes an unfeasible paradox real soon these days, doesn’t it?

Concluding, Lisa Bonder’s son, Taylor Jennings Kreiss is helping people understand the complexity and the chemical imbalance, spreading his support through writings, motivations through podcasts, and help through consultations.

Has A Beautiful Girlfriend

Although Lisa’s relationships were a bit slippery, her son, Taylor is in a committed and gripped relationship with his artist girlfriend. Likewise, Taylor Kreiss’s girlfriend is a Muay Thai fighter.

The fitness enthusiast couple travels places and gathers memories. Regrettably, we could not pin the initial years of the couple but their pictures started popping since 2017.

Let’s hope the pair lasts longer and stronger in the future.

Aforementioned, Lisa Bonder married twice, and both the marriages made headlines for different reasons. Likewise, Bonder’s relationship with American philanthropist, film producer, and businessman, Steve Bing, was a great talk of the town as well.

Bonder-Bing relationship brought a beautiful life and Taylor Jennings Kreiss’s half-sibling, Kira Bonder. The 21-year-old was previously believed to have been fathered by Lisa Bonder’s ex-husband, Kirk Kerkorian. The former couple were married for a month and parted ways.

It was later uncovered that Kira Bonder was Steve Bing’s daughter.

All the ups and downs in Kreiss’s life must have motivated him to pursue psychology, but seeing him grow and develop such a charming personality is plausible. Let’s hope we will be hearing more about Lisa Bonder and Tom Kreiss’s son Taylor in the future.

The name Taylor is of English origin, which has biblical meaning. It means clothed with salvation. Likewise, Taylor also says internal beauty, and they are beautiful inside and out.