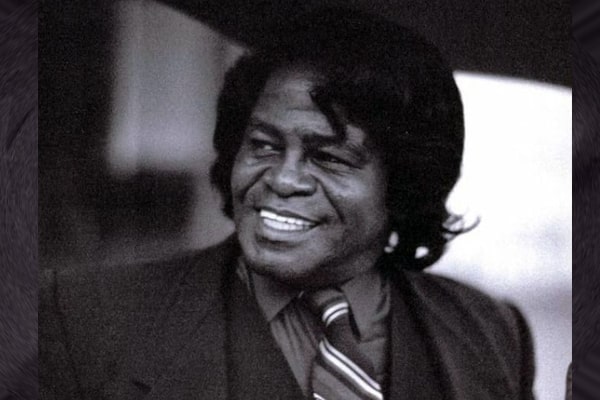 James Brown is a legendary name, and his contribution to the musical world influenced other musical genres. Besides having a massive persona as a musician, James is infamous for domestic violence.

Although James Brown died in 2006, his influence continues. He reportedly fathered twelve kids and acknowledged nine kids. Furthermore, only a few of them have maintained a very private lifestyle amidst the litigating estate fights between James Brown’s children and former wives. Among them is James Brown’s daughter, Lisa Brown.

Although Lisa Brown maintains a confidential lifestyle, she still caught the attention of people. Therefore, here’s everything about Lisa and her whereabouts.

As mentioned earlier, James Brown’s girl, Lisa Brown, is extremely private about her life. She maintains this impenetrable wall around her which has kept her safe and away from media scrutiny. Similarly, the only thing that we see time and again is her name ‘Lisa’ in legal documents, including her father, James Brown’s will.

According to New York Times, a child’s name was mentioned in the handwritten divorce settlement between James Brown and his first wife, Velma Warren Brown. The name was Lisa Brown.

Moreover, the settlement stated that Lisa was five years when James and Velma divorced in 1969. Thus, it supposedly means Lisa Brown is in her late 50s and might be enjoying a very healthy and prosperous life.

If Lisa was born to James from his marriage to Velma, she has three siblings, Teddy Brown, Terry Brown, and Larry Brown. And in that case, Lisa was also very young when she lost her oldest brother, Teddy Brown, in an alleged murder & car accident in 1973.

Despite all the speculation and assumptions, Lisa Brown, maintaining her confidentiality is purely commendable. She has been able to keep her life low-key amidst her half-siblings’ rigorous fight to gain a big sum from their father’s estate and remove a few from the will.

After fourteen years of back-and-forth court battles, the District Court of South Carolina awarded Brown’s heirs custody of his estate. It dismissed the appellate court’s decision that stated Hynie is the surviving widow.

Similarly, Hynie was denied her request for a rehearing. Hence, the July ruling allows James Brown’s heir, including Lisa Brown, to execute the final wishes according to his will.

Furthermore, Lisa Brown’s half-sisters, Deanna Brown and Yamma Brown, stated that they looked forward to helping and providing scholarships for children in South Carolina and Georgia. They also added that they’d curate James Brown’s home as a museum.

Interestingly, James Brown’s will clearly state that any heirs who challenged it would be disinherited. Nevertheless, many of his kids and grandkids sued the estate after his death. They further petitioned to remove Brown’s accountant David Cannon, lawyer Albert H. Dallas, former judge Alfred Bradley.

Well, the decade-long estate litigation is seeing hopeful rays and it might come to an end. But let’s wait and see if James Brown’s fourth partner, Tommie comes up with some powerful testimony because that has been happening since his untimely death in 2006.

James Brown’s death gave birth to a whole another level of conspiracy. It allowed one of his kids, Daryl Brown, a blooming opportunity to transition his career from musician to an author. Although James Brown’s kids, Yamma and Deanna, also wrote books from their perspectives, Daryl fluently questioned his father’s unfortunate demise on Christmas Day, i.e., December 25, 2006.

CNN covered the news and prepared a report in three parts that also includes the circumstantial evidence responsible for the eerily similar death of Brown’s third wife, Adrienne Rodriguez Brown. Again, amidst all the chaos, Lisa Brown maintains her silence.

James Brown has been lying in his crypt for 15 years, but questions surrounding his death have not been put to rest. He died of a heart attack at age 73 in Atlanta. Interestingly, Dr. Marvin Crawford, who signed Brown’s death certificate, does not believe he died of natural causes.

People loved James and shared stories and opinions. Even his son, Daryl, believes he was murdered and links his death to Darren Lumar‘s murder and Teddy Brown’s death.

Hence, lord knows if he took his gifted child or punished him for several domestic abuses he inflicted on his partners. Or James Brown died of age and sickness. Nevertheless, James Brown’s daughter, Lisa Brown, has made no statements regarding any family deaths and maintains a low-key lifestyle.

The name Lisa means God’s promise and has an English origin.