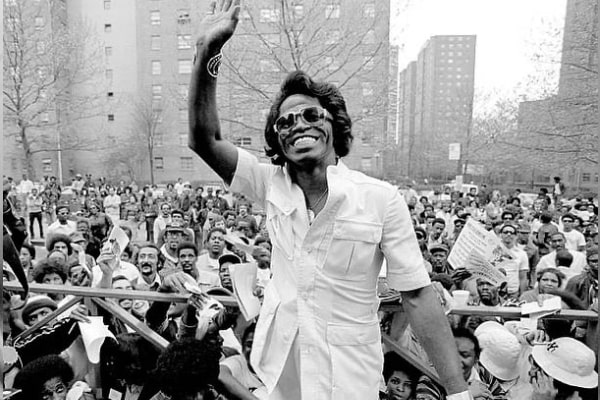 James Brown is a legendary name in the entertainment industry known for his tremendous contribution to the music world and as a progenitor of funk music. He also influenced the development of some other genres and became a significant figure in the 20th-century music world.

Besides being a prominent figure in the music world and his immeasurable contribution, the world got to hear the tales of James Brown’s dark sides. As known to the universe, Brown married four women and fathered at least twelve children. The man who declared himself to be the ‘s*x machine’ still faces claims from different people to be his offspring as well as property dispute despite saying goodbye to the world in 2006.

In the contest of property disperse and all, James Brown’s son, Teddy Brown, lays cold as stone since 1973. Born to James Brown and his first wife, controversies are surrounding Teddy’s death as well. Let’s go down memory lane to see if Teddy was murdered or was it just a fatal accident.

Aforementioned, James Brown was a legend, and people still find the groove in his songs. However, the dark side of him has done him no sound even after death. Before Deidre “Deedee” Jenkins,  Adrienne Lois Rodriguez, and Tomi Rae Hynie, he was married to Velma Warren in 1953.

The former couple welcomed three sons throughout their decade-long marriage, Teddy Brown being the oldest. He was born on the 21st of March 1954 in Toccoa, Georgia, USA, after a year of James and Velma’s marriage. He was named Teddy Lewis Brown and probably had a great relationship with his father.

Although Teddy Brown’s parents, James and Velma, divorced after a decade of their marriage, they maintained a friendly relationship until the end. Thus, he was closest to his father. Furthermore, the oldest in the Brown family, Teddy has many surviving siblings; Terry Brown, Larry Brown, Daryl Brown, Yamma Brown, Deanna Brown. He also has a younger sister named Lisa Brown, who was only five when Teddy’s parents divorced.

Unfortunately, James Brown’s son, Teddy Brown’s life was shortened by a fatal car accident in 1973. He is survived by his family, a mother who still fights for her children privately, and siblings who nonetheless seek justice. Moreover, Teddy Brown’s sister, Venisha Brown, joined him in heaven in 2018.

Aforementioned, James Brown’s boy, Teddy Brown, died at a very young age of 19 because of a fatal car accident in 1973. Although there are no details about the death’s accident, an excerpt uploaded on Findgrave.com states that James Brown’s son, Teddy Brown died on 14 Jun 1973 at age 19.

As of now, he lays in peace at Toccoa, Georgia, USA, his birthplace. The site further states that the funeral services began at 2 pm from the Mt. Zion Baptist Church in Toccoa.

Aforementioned, James Brown was very close with his boy, Teddy. According to GQ, he couldn’t trust anyone, including his kids, no matter how much he cared for him. Moreover, losing Teddy Brown made a terrible impact on him. Well, losing a child is a tremendous burden a father can withhold. Thus, James Brown and Velma Brown must have been devastated.

What’s sadder is that James Brown’s oldest child is speculated to have been murdered.

As mentioned earlier, Teddy Brown died in a car accident in 1973. However, it wouldn’t be a death in the Brown family if controversies and speculations didn’t surround it.

Alike was James Brown’s death and his son Teddy Brown, who died very young. Daryl Brown suspects if his half-brother was in an accident or it was a murder. Furthermore, he shares his concerns about foul play in his memoir named, Inside the Godfather. He alleges that his father was murdered and suggests that Teddy Brown’s death was also a murder.

Daryl Brown further adds his suspicion about Teddy being shot before he was killed. He further states that he has a gut feeling that he was murdered. He also writes that Teddy Brown and Darren Lumar‘s death was all tied into James Brown’s murder.

Well, God knows what had happened if he intended his children to have them murdered or bore a hole in their body, or was it an unfortunate accident. As mentioned before, although Teddy Brown passed away very young, he is still survived by his siblings, mother, and relatives as he rests in peace.