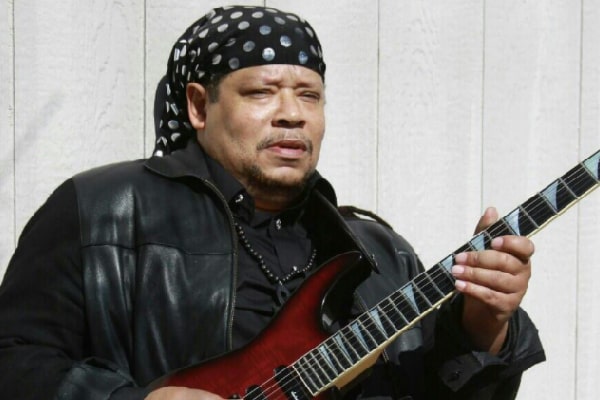 A reputed name in the entertainment industry, James Brown is also a controversial name. While his musical career was impressive, due to his womanizing acts and domestic violence against his wives, James Brown’s name became blurry amongst his fans.

However, James Brown’s son, Daryl Brown, is adamant about clarifying his image through his books.

Well, without further ado, let’s go through who Daryl Brown is and what motivated him to write his father’s memoir. You might as well be interested in his current life affairs and what made him suspect his father’s death. Thus, enjoy.

James Brown is known for his music and infamous for the domestic violence he subjected his wives and partners through. He reportedly fathered at least 12 kids but accepted only nine. Among them is Daryl Brown.

Moreover, James Brown’s son, Daryl, revealed that his parents never married and even witnessed violent behaviors among the former pair. Despite all the incidents, Daryl still idolizes his father and thinks he must let the world know the father/ the person he grew up with.

Furthermore, during an interview, Daryl even admitted that he was scared of James as a kid but began respecting him as he grew older. He fondly remembered that he was James’ go-to driver and recalled taking him to the dentist’s.

Well,  the father-son duo of James and Daryl shared a special bond as he claims he accompanied James on several tours. He also added that James would tell him all sorts of stories about the music industry.

Besides having a strong bond with James Brown, Daryl shares his disappointment because he was not consulted while making the movie Get On Up. Despite that, Daryl seems moderately close to his half-siblings, including Yamma Brown and Deanna Brown Thomas.

A Musician and An Author

As mentioned earlier, Daryl Brown is amongst James’ nine acknowledged children. Although DNA test result was questioned, he and his late sister, Veninsha Brown, were the only kids to follow his father’s footsteps in the music industry.

Daryl spent years touring with his father. From helping James’ chores to playing guitar beside him helped Daryl groom his career as a musician.

However, James Brown’s kid decided to write a book about his father as he felt it was his duty to set the record straight. Interestingly, Daryl admitted that he did not agree with everything his dad did, but he understood the cause of his actions.

Hence, Daryl wrote books for his father named My Father The Godfather and Inside The Godfather. Besides having a robust career and plausible earnings from his books, he is in a committed relationship with actress-cum-host, Angie Christine.

Daryl Wants To Keep His Father’s Legacy Through His Books

As mentioned earlier, James Brown’s son. Daryl Brown was very close to his father and had tremendous respect for him as he grew older. Therefore, Daryl thought of writing a book, namely My Father The Godfather, eight years after James Brown’s death from congestive heart failure.

In his book, Daryl talked about his dad’s humanitarian contributions to society. He further clarified how people are hyper-focused on someone’s negativity. Hence, he wrote a book to let people know who James Brown was as an individual.

Upon asked why he chose to write the book late, Daryl revealed that he struggled with the idea since so many things about James were coming out. Therefore, he took the burden of clarifying his father’s name as a notorious womanizer and domestic abuser.

Daryl further wanted the world to know that his father was far more important than music. He also added that he wished James Brown’s fans to reckon him as a person and not an artist who struggled with PCP.

Likewise, Daryl makes shocking claims of his father, James Brown, who grew up in Barnwell to become one of the music industry’s most prestigious names.

Daryl not only claims James made history in music, but he also reminded people of James’ massive support for the black movement. However, he does not end his book without suspecting James’s death as an apparent murder.

Strongly Believes That His Father Was Murdered

Yes, James Brown’s son, Daryl Brown, believes that his father was murdered. And it’s all in his book, My Father The Godfather.

Daryl offers circumstantial evidence and theory that his father, who was hospitalized and passed away on Christmas day, was murdered. He insists on having a ‘gut feeling that he was killed.’

Brown’s son, Daryl, further makes rather unconventional references that James’ wish to get out of the business might have killed him. He also raised the question about the absence of autopsy.

Daryl clarified that he was raising a question and trying to put situations together with the fan themselves. He believes his questions might allow them to make their independent decision.

Daryl also connected the death of his ex-brother-in-law, Darren-Anthony Lumar, who was also murdered within a few days after his television appearance. Darren, Yamma Brown’s ex-husband, had expressed his doubt on James Brown’s death as well.

Similarly, Daryl also suspects that his older brother, Teddy Brown, was shot before he was hit by a car. Well, only Daryl Brown’s father, James, and his brother-in-law and brother know why and how they died.

Conclusively, Daryl became an author writing about his father. Also he, amongst the nine acknowledged kids of James Brown, followed his father’s footsteps into the music industry. Therefore, let’s hope to hear more from him in the future.

The name Daryl means open” or “from Airelle” and has Old English origin.