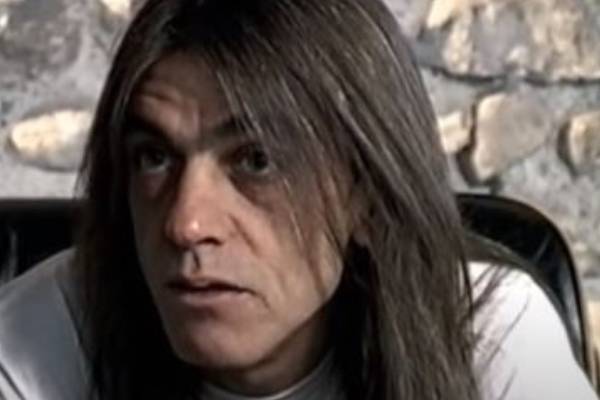 Malcolm Young was one of the most successful musicians with huge net worth. Image Source: Social Media.

Malcolm Young was a famous musician and songwriter from Australia who was widely recognized as the rhythm guitarist, backing vocalist, and co-founder of the renowned rock band AC/DC. He was active in the band from the beginning of 1973 until his retirement in 2014 and had a brief absence in 1988. In his musical career, Malcolm had earned massive fortune and fame.

At the time of his death, Malcolm Young’s net worth was estimated to be $100 million. For now, let’s learn in detail how Malcolm gained such tremendous wealth and his earning details.

Malcolm Young Net Worth And Career

As stated earlier, Malcolm Young’s fortune was estimated to be $100 million at the time of his demise. Income from his musical career contributed mostly to his massive fortune. Besides that, he might have earned from different sponsorship and endorsement offers.

Malcolm and his brother, Angus Young, were in a band, Marcus Hook Roll Band, with Harry Vanda and their brother, George Young. Similarly, he was also in the Newcastle-based band, The Velvet Underground.

Then, in 1973, he formed the band AC/DC with his brother Angus. He was on rhythm guitar, Angus was on lead guitar, Dave Evans on vocals, Colin Burgess on drums, and Larry Van Kriedt on bass guitar.

After forming the band, Malcolm and his bandmate began releasing their singles and albums. Their first single was “Can I Sit Next To You Girl,” which was later re-recorded with Bon Scott as their vocalist.

The band released several albums and singles, which were extremely popular around the world. AC/DC sold millions of copies of their music, resulting in the band members gaining an immense fortune.

Here’s the table showing few albums that the band has released and their record sales as per The Richest.

Apart from these albums, the band also released several singles, which were massive hits. Similarly, they also earned generously from the ticket sales of their concert organized at various places.

Malcolm was the co-founder of AC/DC with his brother, Angus, so he might have gained a significant share from the band’s earning. As a result, Malcolm Young’s net worth continued to grow throughout his musical career.

As stated earlier, besides huge wealth, Malcolm had gained immense fame and recognition worldwide. As a result, he must have received plenty of sponsorship and endorsement offers, which must have benefitted Malcolm in increasing his fortune significantly.

Thus, with almost 47 years of the musical journey and more than dozens of music albums and videos with the band, Malcolm Young’s fortune of $100 million seemed considerable. But, sadly, he passed away on November 18, 2017, from the effects of dementia.

Nonetheless, even after his death, Malcolm Young’s legacy has been carried on by the AC/DC band and the fans.

As stated earlier, Malcolm Young’s net worth at the time of his death was $100 million. With a net worth like that, he must have had lived a comfortable life with his wife and kids. He is survived by his spouse, Linda Young, and kids Cara Young and Ross Young. Furthermore, while he was alive, he must have paid a significant amount in taxes.

Malcolm had a house in Balmain that he and his wife named Onkaparinga. It was their home for many years. He had purchased the property in 1982 for a mere $870,000. As of 2018, its worth was estimated at up to $30 million.

Similarly, in March 2016, Malcolm and his wife bought a beachfront gateway in Palm Beach for more than $10 million. It was bought from retired mining executive Geoff Plummer, who had bought the property only a year ago for $7.5 million.

Similarly, as he had such a massive wealth to his name, Malcolm must have a good collection of fancy cars with a good insurance policy for those cars. He was also a guitar enthusiast and had a massive collection of guitars and gears.

And after his death in 2017, Young’s multi-million fortune might have been shared between his widow and their children. They are undoubtedly enjoying a comfortable life.