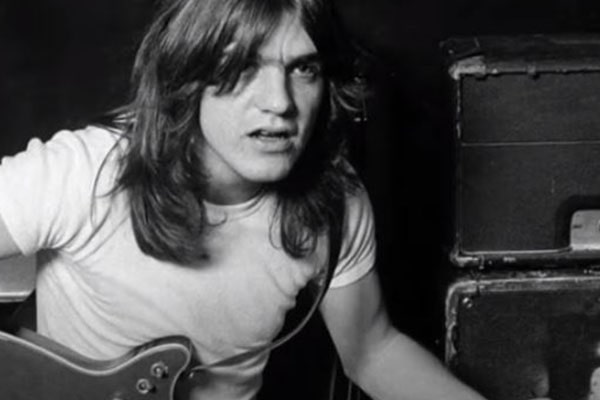 Malcolm Young is regarded as one of the greatest singers of all time. Image Source: Social Media.

Malcolm Young, born Malcolm Mitchell Young, was an Australian songwriter and musician. He is famous as the co-founder and songwriter of the rock band AC/DC. Malcolm, who remained with the band from its beginning in 1973 until retiring in 2014, was inducted into the Rock and Roll Hall of Fame in 2013 along with his band-mates.

Sadly, we lost the legendary musician Malcolm Young due to the effects of dementia on November 18, 2017. He is survived by his brother, Angus Young, lovely wife Linda Young, and two beautiful children Ross Young and Cara Young. Despite the worldwide recognition that the talented singer had earned, he preferred to live a life away from the media and spotlight. For now, let’s learn about the renowned singer Malcolm Young’s wife Linda Young and her whereabouts.

Got Married To Malcolm Young

Malcolm Young was one of the greatest musicians of his time. As great of a musician that he had established himself as he was also a great husband. Malcolm and Linda reportedly tied the knot in 1979. They were married for nearly four decades and shared a blissful marital life. Despite the enormous wealth and immense popularity that Malcolm had earned, he kept his personal life and family out of the spotlight. Thus, further information regarding their relationship is unknown.

Linda and Malcolm were together until his last breath. Linda’s husband passed away with his family at his bedside in 2017.

Is Mother of Two Children

Malcolm Young was a man, for whom family mattered more than anything. Malcolm Young’s wife, Linda Young, gave birth to two children, Ross Young, and Cara Young. Cara is the only daughter of the couple and the oldest one. She is married and has a daughter herself.

Similarly, Linda gave birth to her youngest child, a son, whom they named Ross Young. Ross is the only son of the duo, who was born on October 18, 1984. Young and his wife raised their children with great care and love. They seemed to enjoy their life and don’t want any attention from the public and the media.

Husband Passed Away in 2017

As stated earlier, Malcolm Young died due to the effects of dementia on November 18, 2017, with his family at his bedside. While he suffered from dementia in his final days, Malcolm was diagnosed with lung cancer after the conclusion of the Black Ice World Tour (2008-2010). The cancer was removed through successful surgery. He also had an unspecified heart problem and also had a pacemaker.

Following his death, Malcolm Young’s spouse did not comment immediately. However, his family released the statement mentioning how great of a personality he had and thanked all the fans for their overwhelming support and heartfelt condolences. They also asked fans to donate to The Salvation Army instead of sending flowers.

We hope the Young family are doing well in their lives.

Aforementioned, Malcolm Young kept his personal life private and preferred to live a normal life away from the limelight. This might not be a surprise that Young’s wife and children prefer the same. Linda has not opened up about her family and professional life in public.

Malcolm Young’s wife Linda is not active on social media and lives a low-key life in Sydney, Australia. Hopefully, we will get to know more about her in the coming days.