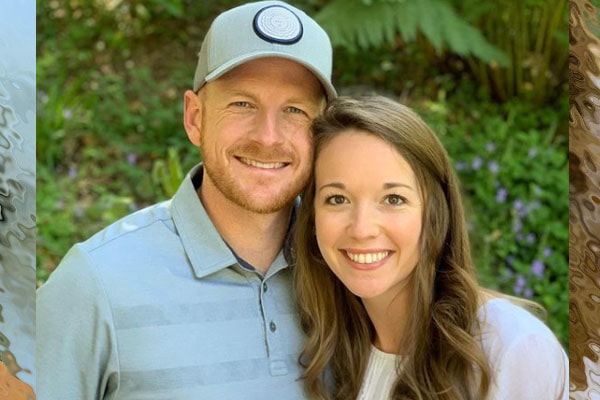 Garrett Hilbert is one of five co-founders of Dude Perfect. The 33-year-old Hilbert is a well-known personality and has amassed 1 million followers on his Instagram.

Besides the massive commercial success as one of the most subscribed sports channels on YouTube, Garrett Hilbert prospers in his personal life.

His fans became curious about his personal life, including his marital life, along with his growing popularity. Therefore, here’s everything about Garrett Hilbert’s wife, Kristen Hilbert, and her whereabouts.

Aforementioned, Dude Perfect’s Garrett Hilbert is prospering in both personal and professional life. We know several details about Dude Perfect’s member’s career, but very little is discussed about his personal life.

Partly because Garrett Hilbert’s wife, Kristen Hilbert, prefers to keep her life confidential. Previously, Kristen was active on both Instagram and Facebook. However, she seems to have retired from Instagram, and her Facebook remains dormant since 2015.

Furthermore, Hilbert’s spouse is so private that even her name is in CONFUSION. Meaning, Google seems to respond to ‘Kristen Hilbert’ while her social media features her name as ‘Kristin Hilbert.’ Either way, there is no way to access Kristen, aka Kristin’s whereabouts except for her husband’s Instagram.

While going through Garrett’s Instagram, it looks like Kristen aka Kristin, is a full-time housewife and a mother raising her growing family. But how did it start for the Hilbert couple?

Aforementioned, Garrett Hilbert’s wife, Kristen, is pretty secretive about her life. However, Garrett is not, and he loves to share some of his relationship dynamics with his followers.

It turns out, Garrett and Kristen Hilbert, aka Kristin Hilbert were together since high-school before they decided to walk down the aisle in 2011. Furthermore, in one of Garrett’s anniversary posts, he talked about how grateful he is to share his life with her.

Garrett further remembered their incredible journey from high school dates to expanding their family to five. Moreover, he also thanked his wife for agreeing to go on a prom in 2005.

Although details about Hilbert’s relationship are pretty vague, Garrett’s Instagram shows that they are pleased with their marriage. Furthermore, they are expanding their family one at a time since 2015. Thus, let’s look a little into the Hilbert troops.

As mentioned earlier, Garrett Hilbert and Kristin Hilbert are together since 2005, and together, they went through every high and low in their relationship. However, the arrival of their firstborn, Owen Ray Hilbert, in February 2015 changed their lives for the better. Garrett announced about officially entering fatherhood via Instagram.

Similarly, within a year apart, Garrett Hilbert’s wife, Kristin Hilbert, birthed their second child, Lincoln James Hilbert, in August 2016. Like his first time, Garrett announced his second son’s birth via Instagram with a heart-melting caption. He wrote, “Proud to announce my family grew by one when Lincoln James was born!”

The proud father, Garrett, praised the Lord for blessing his family and applauded his beau, Kristin, for being strong throughout the entire process. Unlike Garrett’s Dude Perfect co-founder, Tyler Toney, his third child is a daughter named Iris Hilbert.

The entire Hilbert family portrait appeared on Garrett’s Instagram to welcome the new addition to the family. Garrett Hilbert’s daughter is growing up into a gorgeous girl with beautiful eyes and light hair. She seems to be blending pretty well with her older brothers and is deeply loved by her family.

Garrett Hilbert’s wife, Kristen Hilbert, aka Kristin Hilbert, still stays away from Instagram but appears on her husband’s Instagram along with her babies. Therefore, we hope to hear more about her whereabouts shortly.