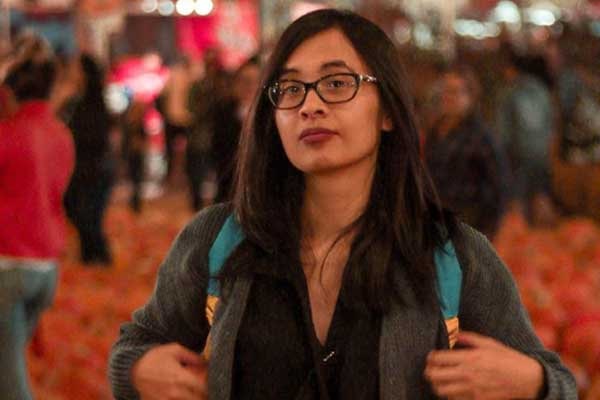 Donna, aka Psych IRL, is a rising YouTuber who joined the YouTube clan on August 20, 2010. She is a phycologist and makes video interpreting other YouTubers and their fans. Her show takes empirically based articles or psychological theories and relates them to personal stories or current events.

Donna uses psychology to analyze contemporary themes, pop culture, and the internet. Basically, she talks about the psychology behind how some Youtuber and their fans behave. She provides an in-depth look at the reasons someone is doing so well or being shunned by the YouTube community at that specific moment. Donna talks about manipulation, parasocial relationship, and cryptomnesia on her YouTube channel. Besides all this information, let’s learn five facts about Donna.

As mentioned above, Donna is a phycologist, and the emphasis of her channel is to bring real-life and science together. Basically, she makes videos by taking the real-world aspect and the science behind them and relating them to personal tales or ongoing events. Not only that, but she also collaborates with other YouTubers showing a more personal side of them.

Furthermore, in an introduction video, Donna talked about how she came up with the idea of becoming a phycologist. While she was just a kid, she watched a documentary where a bunch of people watched their neighbors getting stabbed and murdered. However, nobody called the police, in phycology, it is called the bystander effect, which claims that individuals are less likely to offer help to a victim when others are present.

Psych IRL is quite a popular channel. Donna joined the YouTube community on August 20, 2010. Her first ever video was on the topic of Classical Conditioning, which has been viewed by over 200k people. So, we can say she had a solid start, and that streak continued throughout her videos.

To date, Donna’s channel has gained over 14 million views, whereas she completed her one million views milestone with the Shane Dawson video. She has a total of 175K+ subscribers and has uploaded over 170 videos.

Earns More Than You Think

Donna’s channel Psych IRL earns $101 to $1.6K a month and $1.2K to $19.4K annually. She makes nearly $3 to $57 a video, plus some additional cash through her sponsors. Her channel is still growing, so in the near future, she might earn more than what she is earning right now.

Furthermore, Donna’s hard work has finally paid off as her subscriber’s percentage has increased by a whopping 200% in the last thirty days.

Donna, aka Psych IRL, has collaborated with numerous YouTube stars. She has worked with the likes of Bobby Burns, Psych2Go, Josh Essex, Bits Of Ben, and many more.

Well, her past collaborations were pretty successful, and we can only hope she has more of those under her sleeves for her desperate fans.

Loves Traveling And Capturing The Moment

Donna not only uploads videos related to other YouTubers but also uploads blogging videos. She is a weekly blogger who loves showing fans her true colors. She is a jolly person who adores adventures, Donna was also the part of Storm Area 51. It was an American Facebook event that was supposed to take place in Area 51, but like always, the organizer backed out at the last moment.

In addition to that, Donna blogged the whole thing and uploaded it on her YouTube channel. It was a fascinating Blog, and it has over 14K views. Talking about her other traveling vlog, she has uploaded numerous others on her channel. She not only shoot the venue where she visits but also captures the atmosphere in a photo. Later she uploads it on her Instagram page.

As the talented Donna’s fans are increasing more and more, only time will tell the level of success she will reach.