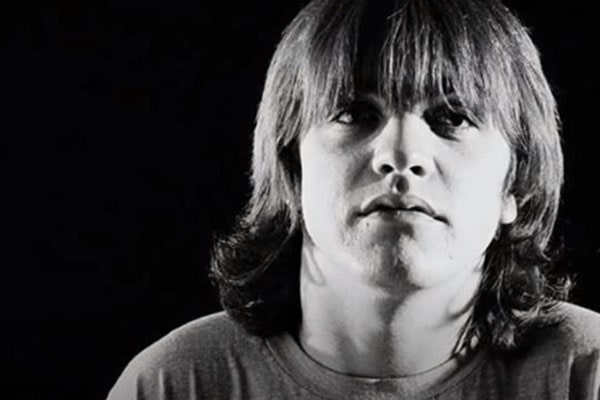 Scotland-born Malcolm Young was an Australian songwriter and musician. He gained immense popularity as the rhythm guitarist and songwriter of the Australian rock band AC/DC. Since its beginning in 1973, Malcolm remained with the band until his retirement in 2014. Over his time in the band as the rhythm guitarist, he was responsible for the band’s broad sweep, co-writing the band’s material with his brother Angus Young and developing many of their guitar riffs.

As stated earlier, Malcolm Young was the rhythm guitarist of the band. So he owned a huge number of guitars, and given below are some of which Malcolm used while recording and performing with the band AC/DC.

This guitar was handed down to Malcolm by his elder brother George Young and Harry Vanda, who were members of the band The Easybeats. It was Young’s go-to guitar, and he carried it with him everywhere. In 1977, its original red paint was stripped off to reveal its trademark natural wood finish. In the 1970s, the guitar was already moded with a third pickup, a Gibson Humbucker, and then the neck and middle pickups were removed altogether. You can buy the guitar of the same model for a price of $2,800.

Malcolm used this guitar for various shows and tours like It’s A Long Way To The Top (If You Wanna Rock N Roll), Jailbreak (live At Donington), and many others.

Also Read: Pat Riley’s Wife, Chris Rodstrom, Whom He Had Been Married For Five Decades

Malcolm used this guitar during the Back in Black, We Salute You, and For Those About to Rock tours. He even used the guitar occasionally during the Black Ice tour.

Malcolm got rid of it and the guitar is currently owned by the Hard Rock Museum. Young said that he got rid of the guitar after someone “fixed” it, and it lost its distinctive sound. You can buy the guitar of the same model for the price of $3,900.

As we all know, Malcolm had a huge guitar collection. This guitar, which he used during the “Big Gun” video, is also one of many of Malcolm’s guitars. The guitar had various features like a stop-tail bridge, a Filter’Tron pickup, the empty neck pickup pocket, and a white arrow on the edge of the body.

Malcolm used this guitar during the early years of AC/DC. Originally, it had two pickups and a classic “Les Paul” body shape. The neck humbucker was then removed, and the guitar was cut so that both sides of the body ended with a horn on top. All trace of the guitar was lost after Malcolm got rid of it.

As we all know, Malcolm was one of the most successful musicians of all time, and as a rhythm guitarist, he owned various guitars. Besides that, he also owned other different gears. Here are some of Malcolm Young’s Guitar amp heads.

Among these amplifiers, the JTM 45 was frequently used by Malcolm. Similarly, Marshall Super Bass was perfect for Malcolm, whose rhythm tone was surprisingly clean. His amp settings, too, reflect this.

Furthermore, Malcolm owned a guitar amp cabs of Marshall 4 x 12 Cabinets which is loaded with the typical Celestion Greenbacks G25/30. He used to go straight from his guitar to his amp, without a wireless system and pedals. He used guitar strings of ’12 – ’56 Gibson Pure Nickel Strings. These strings are very rare. Malcolm’s guitar picks are Fender Heavy Picks.

Malcolm Young contributed significantly through his music. Over his career, he had accumulated enormous fame and fortune. His death has created a void in the fan’s heart.