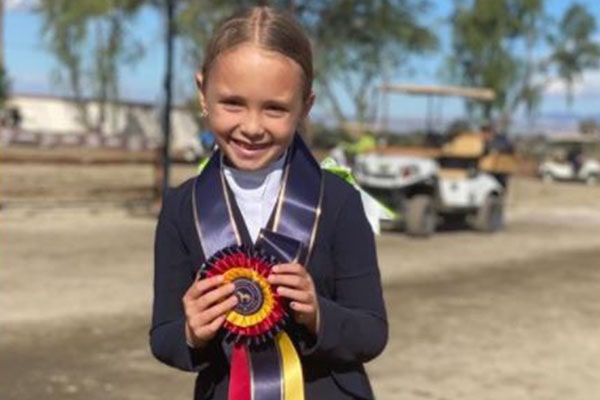 Born Randolph Severn Parker III, Trey Parker is a famous Hollywood personality who has been involved in various professions like acting, composing, filmmaking, and animation. American actor Trey is renowned as the co-creator of the animated series South Park and musical comedy The Book of Mormon, along with his creative partner Matt Stone. Moreover, he and Matt Stone have garnered several accolades and awards for their works.

Trey Parker is a family person who loves to spend quality time with his family. He has been married twice and has a child named Betty Boogie Parker from his second marriage. For now, let’s learn more about Trey Parker’s daughter Betty and her whereabouts.

Trey Parker’s Baby Girl, Betty Boogie Parker, Is The Only Daughter Of Him With His Second Wife

Aforementioned, Trey Parker has been married twice, and sadly, both of his marriages failed after a certain time. He and his first wife, Emma Sugiyama, tied the knot in 2006. After dating for some time, the former couple exchanged vows in a marriage ceremony officiated by Norman Lear. However, after two years, in 2008, their marriage came to an end when they decided to split. In 2010, the divorce was finalized, and Trey cited irreconcilable differences behind their divorce reason.

Following the divorce, Trey Parker dated Boogie Tillmon, with whom he tied the knot in 2014. Trey Parker’s former partner Boogie gave birth to their daughter in August 2013, a year before tying the knot. They named their daughter Betty Boogie Parker. Boogie and Trey are raising their daughter with great love and care.

Trey Parker’s daughter with Boogie, Betty Boogie Parker, is the only child of the couple. The 8-year-old daughter of the former couple is already pretty good at horse riding and has even won one of the horse riding competitions.

Moreover, Betty’s mother uploads several pictures and videos on Instagram where we can see the little girl’s interest in riding horses. Besides horse riding, she enjoys traveling to various places with her parents. Well, who knows, Betty could even be a famous equestrian someday.

Has Voiced In Few Episodes Of South Park

Trey parker’s daughter is already following the path of her father. At a very young age, she has voiced for several episodes of South Park, the series co-created by her dad. She has voice-acted Ike Brofflovski, PCBabies, and Priest Call Whistler. Trey’s baby mama uploaded several Instagram videos of the father-daughter duo practicing their lines. With the popularity of the show and her dad, Betty has also gained considerable fame. Who knows, she might be successful in the future, like her father.

Furthermore, it seems like Betty enjoys her work and shows a keen interest in the series. She already has a huge fan following, and fans adore her work.

As stated earlier, Betty is the only daughter of Trey Parker with his second wife, Boogie Parker. Trey and Boogie tied the knot in April 2014, four years after Trey’s divorce with his first wife, Emma. According to Vice, his alleged relationship with Boogie was the reason behind their divorce. However, both of them have not spoken anything regarding this matter.

In 2019, almost five years after their marriage, Trey filed for the divorce from Boogie, citing irreconcilable differences as the reason behind their ceremony. Their divorce cites no spousal support according to their prenup agreement. Furthermore, he also requested joint physical custody of their daughter. Betty’s parents seem to be on good terms even after their divorce, and they also go to several places for family trips and vacations.

Betty is the only child of Trey Parker from his marriage with Boogie Parker. However, she is not the only child of Boogie. She has a son from her previous relationship. Well, Kobe Ervin, born in February 2001, is Betty’s half-brother. However, there is no information regarding Kobe’s father. Nevertheless, Betty and Kobe have good siblings bond and enjoy spending time together.

As stated earlier, Trey Parker’s kid, Betty Boogie Parker, has already come into prominence through the roles that she has voice acted and even due to her father’s name. Furthermore, her parents are co-parenting on excellent terms and raising her with great love and care. Nevertheless, we can hope she’s doing great for herself.

The name Betty has an English origin, and it means “God Is My Oath.”