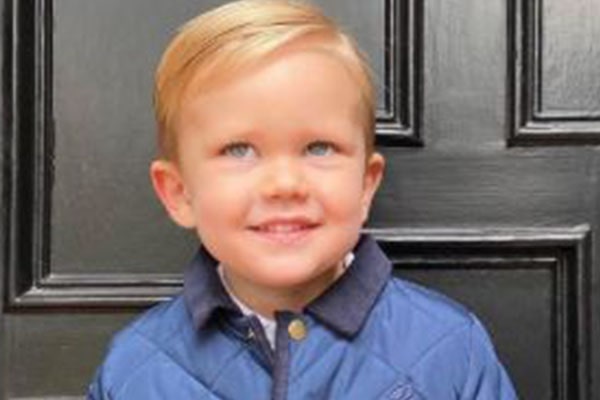 Armand Douglas Hammer, aka Armie Hammer, is an actor from America who has acted in several films and series. Also known as the son of businessman Michael Armand Hammer and the great-grandson of oil tycoon Armand Hammer, Armie has made his identity as one of the successful actors of Hollywood. He is well-known for his role as Oliver in the romantic drama film Call Me By Your Name, opposite Timothee Chalamet. Apart from this, he has appeared in dozens of movies and series.

As stated earlier, Armie Hammer is a well-known name in the entertainment industry. Apart from his spectacular acting skills, he is also a family person who loves spending quality family time with his family. He was previously married to Elizabeth Chambers. The duo has two children together named Harper Grace Hammer and Ford Douglas Armand Hammer.

Armie and his ex-wife, Elizabeth, are successful in their respective work and are doing great for themselves. For now, let’s learn more about Ford Douglas Armand, son of Elizabeth Chambers and Armie Hammer.

As stated earlier, Armie Hammer and Elizabeth Chambers are well-known names in the entertainment industry.  They tied the knot in May 2010. Hammer and Chambers dated for two years before exchanging the vows. In their marriage of 10 years, Armie and Elizabeth welcomed two children, Harper and Ford Hammer.

Armie Hammer’s first child, Harper, was born in 2014. Three years after their daughter’s birth, Elizabeth gave birth to their second kid, a son, in January 2017. The couple named their son Ford Douglas Armand Hammer. Ford is the only son of the couple and the youngest in the family. They both are raising their kids with great love and care. After 10 years of blissful marital life, Elizabeth and Armie decided to part from each other, and even after their divorce, they are co-parenting and are on great terms.

Following Elizabeth and Armie’s divorce, the children reside with their mother in Cayman Island. In October 2020, Elizabeth posted an Instagram story revealing that Ford fell out of bed while asleep and had clipped his cheek on the bedside table. She took her son to the hospital, where he received numerous stitches on his cheek.

Furthermore, she also thanked her parents and brother for being by her side. She mentioned her love for the parents who do everything alone. Elizabeth later updated that Ford was doing well and was in good spirits.

Ford’s mother took great care of him during that time, and he’s doing really great now.

Aforementioned, in Armie and Elizabeth’s decade-long marriage, they welcomed their two children, whom they are raising with great love and care. Elizabeth’s son, Ford, is a younger brother to the ex-pair’s firstborn, Harper Grace Hammer. Ford’s elder sister, Harper, was born in December 2014. With her younger brother’s birth, Harper was overjoyed, and she loves her baby brother a lot.

Elizabeth shares pictures of lovely moments of Harper and Ford. Harper loves her baby brother and cares a lot about her. They play and spend a lot of time together. Harper and Ford seem to have a great and lovely sibling bond.

As stated earlier, Elizabeth Chambers gave birth to two children with her ex-husband Armie Hammer. They met through a mutual friend, and at that time, Chambers was in a relationship with Armie’s friend. They remained friends until Chambers broke up with her lover, and the two officially began dating. After dating for two years, the ex-pair exchanged vows in May 2010.

However, Ford’s parents, Armie Hammer and Elizabeth Chambers’ marriage could not last for long. After a decade-long marriage, the two decided to part their ways in 2020. Both of them filed for divorce in July 2020, where Elizabeth had asked for sole physical custody and Armie had asked for joint and physical custody. In terms of spousal support, the documents cited Armie to pay spousal and child support.

Armie and Elizabeth announced their separation through identical Instagram statements about their marriage and separation. Ford’s father and mother seemed to have a good relationship even after their divorce and are co-parenting their children. They both are seen wishing each other happy birthday, which clearly shows their love and care for each other despite Chambers and Hammer’s separation.

Talking about Ford Douglas’ mother, Elizabeth Chambers, she is a television personality and entrepreneur from America. She is the CEO and founder of the Texas-based Bird Bakery retail chain. She has also appeared in various television series and a film. Apart from the retail chain of Bird Bakery, Chambers has launched Vision Visors, which makes face masks for children. She has appeared as a guest judge in various TV shows. Both of Ford’s parents are successful in their respective professions.

Elizabeth’s children with Armie Hammer seem to enjoy their childhood to the fullest. Both of their parents are taking their time and raising their children with great love and care. According to People, both Harper and Ford have already started school in Cayman Island. The children reside there with their mother for schooling, but Armie Hammer lived in Los Angeles for few months before uniting with the children in January 2021. He uploaded a family picture along with his brother, Viktor Hammer. While he did not upload a picture of his children, there is no doubt that the brother-sister duo was happy to reunite with their father.

Let’s hope that Armie Hammer and Elizabeth Chambers’ children live a happy life with their parents.