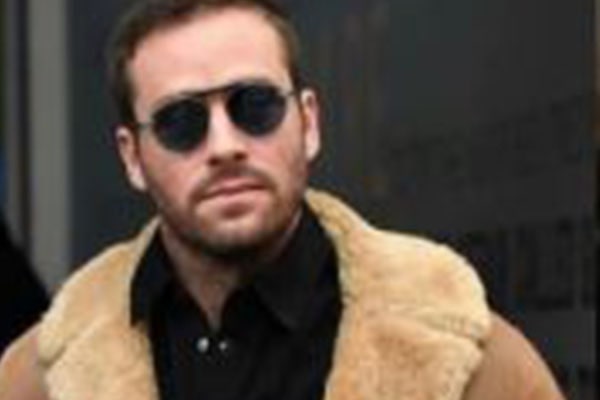 LAPD has an ongoing investigation against Armie Hammer after he was accused of raping his former partner. Image Source: Armie Hammer Instagram.

Famous Hollywood actor, Armie Hammer, is under LAPD investigation after he was alleged of raping a woman and “other acts of violence.”

A woman identified as Effie has come forward with claims of physical abuse and rape against the actor in a virtual press conference organized by her attorney, Gloria Allred. She has claimed that Hammer “abused me mentally, emotionally, and sexually.” She also spoke about her relationship with the actor, saying they were intimate on and off from 2016 to 2020 after meeting via Facebook.

The woman went on to describe an incident on April 24, 2017, when she claimed Hammer “raped for over four hours in LA.” She also claimed the actor had bruised her face by repeatedly slapping her head against a wall. Effie further added that she tried to get away, but Hammer didn’t let her. She alleged Hammer left with no concern for her wellbeing and that she was left suicidal by the alleged rape and felt “immense guilt” at not speaking out sooner.

Hammer denied the accusations, and his lawyer, Andrew Brettler, has said in a statement that Effie’s accusations are “outrageous allegations.” He also added that their interaction “had been completely discussed and agreed upon in advance, consensual, and mutually participatory.” But he did not deny that Hammer was in a relationship with her.

Andrew also provided a screenshot of an explicit text conversation between Effie and Hammer. He added that Hammer never had intentions to embarrass or expose Effie’s sexual desires or fetishes. But now that she has escalated this matter to another level by hiring a civil lawyer to host a public press conference, he is compelled to do so. He said Armie had responded and made it clear that he did not want to have that type of relationship with her.

Effie’s attorney Gloria added that her client “does have evidence which she believes supports her serious allegations and might help in an investigation of Hammer.” She also confirmed that Effie has already provided the evidence to the police.

After the press conference, Variety reported that LAPD has started an investigation against the actor. A spokesperson for the department revealed that the investigation was initiated on February 3 and Armie is the main suspect in the case.

Had Been Accused Of Cannibalistic Fetishes And Rape Before

It is not the first time Hammer has been accused of something like this. In mid-January, an Instagram account named @houseofeffie began posting messages allegedly from Hammer, which dated back to 2016. The text messages described fantasies of cannibalistic fetishes and rape. He then dropped out from his role alongside Jennifer Lopez in the romantic comedy Shotgun Wedding, saying amidst the spurious and vicious online attacks happening against him, he chose not to leave his children and family for four months just to shoot a film in the Dominican Republic. He also said that he is not responding to those claims.

The actor who was dropped by his agency, WME, and his personal publicist was later accused of branding his ex-girlfriend Paige Lorenze by carving “A” into her lower hip. She also mentioned how he used to say weird stuff like “I want to eat your ribs” to her. Armie Hammer’s ex-wife, Elizabeth Chamber, with whom he shares two children, released a statement saying she is “shocked, devastated, and heartbroken.” She also added she supported “any victim of assault or abuse.”

The 34-year-old Hollywood actor, who has starred in films like Call Me By Your Name and The Social Network, announced his separation from his wife after 10 years of marriage in 2020.

The other victim of Armie Hammer’s cannibalistic fetishes is Julia Morrison. It is revealed that she is will be selling two NFT’s of the messages that she received from him. Furthermore, she explained that she is doing so as to support the accusers of Hammer. She also believed that the auctioning is a sign of gratitude and respect for the victims of Hammer, who showed the guts to come forward and accuse him of sexual abuse and rape.

With him facing such serious allegations, it is clear that Armie Hammer will face a tough legal battle in the coming days.