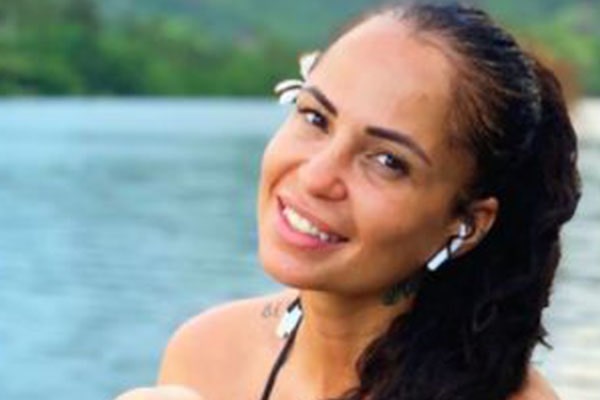 Born Randolph Severn Parker III, Trey Parker is an animator, actor, filmmaker, and composer from America. He is popular for co-creating the famous American animated sitcom South Park and co-developing a musical comedy with lyrics, music, and book named The Book of Mormon, along with his creative partner Matt Stone. Apart from this, Trey and Matt Stone have also collaborated in various other ventures and even starred in musicals.

Trey has garnered several awards and nominations in his career. He has established himself as one of the most famous personalities in Hollywood. Apart from his exemplary career, he is a family man and loves spending quality time with his family. Trey has been married twice in his life. Before exchanging the vows with Boogie Tillmon, he was married to Emma Sugiyama.

The popularity that Trey has gained has attracted many people to his personal life. Fans are curious to know about his ex-wife, Boogie, and her whereabouts. So, let’s learn more about Trey Parker’s ex-wife Boogie Tillmon.

Well, it is a well-known fact that Trey Parker has found significant success professionally. However, he does not seem to have much success in his love life. As stated earlier, Trey Parker has been married twice in his life. He was previously married to Emma Sugiyama, a Japanese socialite. They tied the knot in 2006.

However, Trey and Emma split in 2008 and were officially divorced in 2010. The reason behind their divorce was unknown but soon after, the animator began dating Boogie Tillmon. After being in a relationship for several years, the duo tied the knot in April 2014.

However, the couple divorced each other in 2019. Parker filed for divorce in May 2019, and the reason behind their split was stated to be irreconcilable differences. In the filing, Trey asked not to pay spousal support due to a prenup agreement. Furthermore, he also asked for joint custody of their daughter.

Despite the divorce, Boogie and Trey are on good terms and are co-parenting children with great mutual understanding.

As stated earlier, Trey and Boogie Parker were married for five years. Despite their divorce, they seem to be on good terms and are raising their children. In their five years of marriage, Boogie and Trey had a child together. Trey’s baby mama, Boogie, gave birth to their daughter in August 2013 and named her Betty Boogie Parker. Their little girl has lent her voice in few episodes of the sitcom South Park. Trey’s writing partner, Matt Stone’s children are also rumored to have voiced characters in the show.

While Betty is Trey’s first child with his ex-wife, she is not the first child of Boogie. Tillmon has a son named Kobe Ervin from her previous relationship. Born in February 2001, Kobe is a teenager now. However, there is no information regarding Kobe’s father. Boogie and Trey are raising their kids with great love and care.

Boogie Parker came into prominence as the wife of South Park’s co-creator. According to BiographyPedia, she comes from a middle-class family where her mother, Linda Tillmon, was a housewife, and her father, Edward Tillmon, worked in a factory. She was interested in acting and even took various classes. Before her marriage to Trey Parker, she was known as Boogie Tillmon. According to Variety, Boogie used to be an exotic dancer before meeting Trey. However, it seems like she left that profession after her marriage with Trey.

Going through her Instagram, we can see that Trey Parker’s ex-wife, Boogie loves to travel. She has uploaded several pictures from her vacation to various places. Besides that, she also loves to work out and has a great physique. Plus, she must be doing great for herself.

Shares Close Bond With Her Ex-husband

As stated above, the divorce between the South Park co-creator and his ex-spouse, Boogie Parker was without any drama, So, even after the divorce, Trey Parker’s former wife is supportive of his work. Boogie posts about her former husband’s works and promotes them on her social media frequently.

Not only that, but she also wished a Happy Father’s Day to Trey. In the summer of 2019, they were together on a family trip to Hawaii. She seemed to be doing great for herself and is living a happy and comfortable life with her children. Let’s hope Boogie finds love again and we get to see her enjoying life to the fullest.