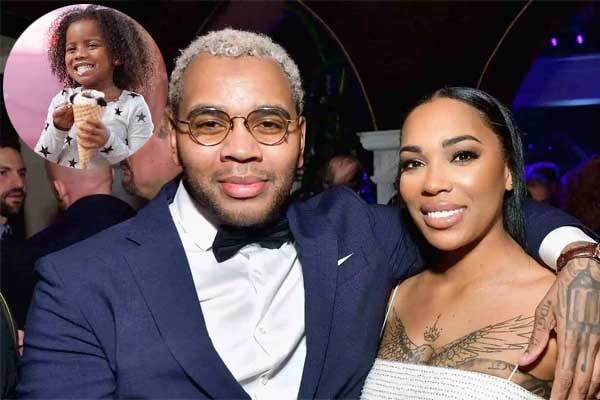 Did you know the American rapper, singer, and entrepreneur, Kevin Jerome Gilyard is a proud father of two? He got married to his long-time girlfriend, Dreka Gates, on October 17, 2015. Together the married couple shares a daughter named Islah Koren Gates and a son named Khaza Kamil Gates.

Kevin Gates‘ daughter Islah Koren Gates was born on November 30, 2012, while Khaza was born on May 9, 2014. Kevin’s wife says their kids are a blessing in disguise, and she just loves them so very much. So, let’s get to know a little something about Dreka’s baby girl Islah.

Father Kevin Named His First Album After His Daughter

Kevin further added that from having his daughter, he learned to inform, to improve and to make a better man out of him. Plus, he also mentioned that he does not only have biological children but has taken his friends’ children under his wing when they had gone to prison. Plus, being a father has given him perspective on how to spend his finances. He can’t just buy whatever he wants ‘coz he needs to take care of his offsprings. We can see his first priority is his children, and that’s what makes him a great person.

Kevin Once Handed His Daughter A Gun

On February 16, 2020, Kevin Gates’ daughter was seen handling a gun. It was a short video uploaded by Kevin himself on his Instagram account. In the video, we could see little Islah holding a gun nearly half of her body weight, and she seemed rather chilled. When father Kevin asked her how is the gun, she answered it’s perfect.

That specific video went viral, and many questions were raised as in, why would Kevin let his daughter handle a gun? But we know Kevin wouldn’t have handed his daughter a gun if it was loaded. Plus, Kevin’s caption clearly mentioned that it was for protection. Plus the gun also looks like a toy. Maybe Kevin is preparing his kid if something were to happen to her.

The Way Mother Dreka Is Raising Her Kids

On May 10th, 2019, mother Dreka uploaded a picture of brother Khaza where she mentioned that she gave birth to both of her kids via water birth. She used an aqua doula birthing tub to give birth to her kids. She stated it was a blessing ‘coz both of her pregnancies and birth were really easy, and she had a wonderful time giving birth to her precious little kids.

Apart from that, mother Dreka just loves spending time with her kids. But most of the time she is out working so, whenever she is home she can be seen playing with her kids, taking them to parks, beaches and having a fun time together.

The family of four also loves traveling, visiting new places, and doing adventurous things together. They have also been to Disney Land, where we can assume they had a lovely time riding the rollercoasters. Well, the family of four adores, one another’s company, and enjoy spending time together.