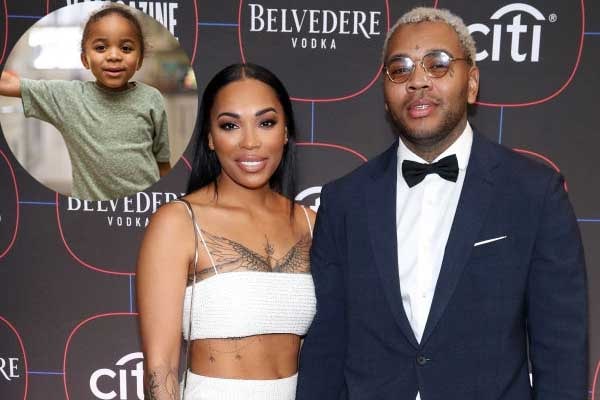 Born as Kevin Jerome Gilyard, Kevin Gates is one of the most reputed American rappers, singer, and entrepreneur. He exchanged his vows with his long time girlfriend Dreka Gates on October 17, 2015. Together the married pair is proud parents of two lovely kids, a son named Khaza Kamil Gates and a daughter named Islah Koren Gates.

Kevin Gates’ son Khaza Gates was born on May 9, 2014, while daughter Islah was born on November 30, 2012. Both of his children were born at home via water birth. The Gates family promotes a plant-based lifestyle, which means they only use natural products. Kevin and his better-half live a comfortable and healthy life, along with their precious kids. So, today let’s get to know a little something about the youngest member of the Gates family, Khaza.

On May 10th, 2019, mother Dreka uploaded an adorable picture of Khaza when he was just a newborn. Along with that picture, she mentioned something which was rather interesting to learn. She mentioned that her little guy was born at home via water birth using the aqua doula birthing tub. The same was used while she gave birth to her eldest child, Islah.

Mother Dreka further continued by mentioning that the birth of her kids had been a blessing in disguise. Plus, she was really blessed ‘coz she had two really easy pregnancies and births. Her kids have never received any type of vaccination, the Gates family tends to live a plant-based lifestyle along with keeping the chemicals out and using all-natural products.

Furthermore, the little Khaza has got an Instagram handle that boasts more than 41.7K followers. Well, we can see that he is too young to use it on his own. So it probably is being run by his parents.

As we have already pointed out that mother Dreka adores her kids and love spending time with them. However, things always don’t turn out how you expect it to be. Same case scenario with mom Dreka as she spends most of her time working outside the house. But, whenever she is home, we can see her spending a chunk of her time with her precious little kiddos.

Furthermore, Kevin Gates’ son Khaza Gates can be seen traveling with his mother, and usually, the pair is accompanied by elder-sister Islah. Little Khaza just adores spending time with his mother, they cuddle, laugh, have ice-creams, and, most importantly, have a fun time together.

It must not come as a surprise that Kevin Gates is a fun-loving dad who adores his kids. We can see him spending a lot of his time with his kids having fun. He also takes his kids to his concerts and tours.

Hand picked by the Most High – i could never play both sides – Breadwinner on my Own Side @shotbyspencer @iam10Zin #imHim pic.twitter.com/3J9luDqn42

Plus, the family of four can also be seen enjoying their time on vacations. In fact, they travel to new places all the time and do adventurous things together. They also have traveled to Disney Land, where little Khaza met the one and only Captain America. We can say by looking at their pictures that the family of four had a lot of fun there.

Hence to conclude, we would like to say that little Khaza is living his life king-size, and why won’t he? He is the only son of the American rapper Kevin and his better-half Dreka.

Kevin Gates’ son Khaza Kamil Gates’ first name means Gift from god. As for his middle name Kamil, it also of Arabic origin, meaning the Perfect One. So, when we combine his name, it says, a perfect gift from god.