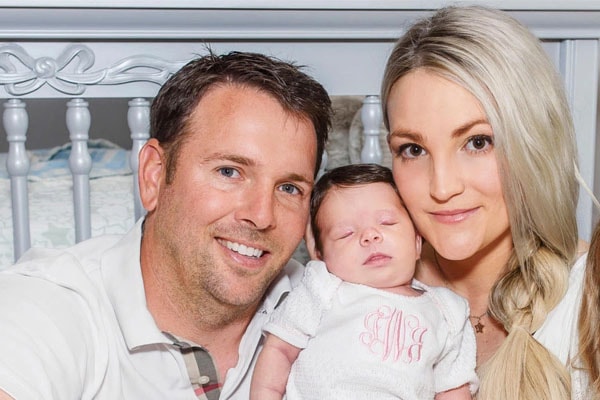 However, Ivey is not the only child of her mother. She also has a half-sister named Maddie Briann Aldridge from her mother’s past relationship with Casey Aldridge.

Jamie Lynn Spears, actress and singer announced on Instagram that she and her partner Jamie Watson were expecting their first kid together on Christmas Eve. The lovely couple welcomed her second child, daughter Ivey on 11th of Aril at 10:02 A.M. The cute and adorable baby, Ivey was born Covington, Louisiana weighing 7 lbs., 8 oz. and measured 19 and a half inches.

Britney Spears is Ivey’s aunt by relationship and the talented singer was also delighted to welcome her niece.

Ivey Is Very Close With Her Mother

It is the matter of fact that a daughter most likely has close relation with their mother. Jamie’s Instagram makes it clear that there is a very strong bond between the duo of mother and daughter. As of 2019, Ivey is a one-year-old baby infant. However, it is quite lovely to see the baby Ivey’s lovely moments with her mother.

Including her mother, Ivey is also very close with her half-sibling Maddie. And Ivey’s father, Jamie Watson, a successful businessman also aodres his little one a lot.

Ivey is a female given name derived from a word Ivy. It is of English origin that provides the meaning of “a climbing evergreen ornamental plant.” Whereas the middle-name Joan was chosen by her mother, Jamie to honor her aunt Sandra Spears who unfortunately passed away from ovarian cancer. Further, Joan gives the meaning of “God is gracious.”