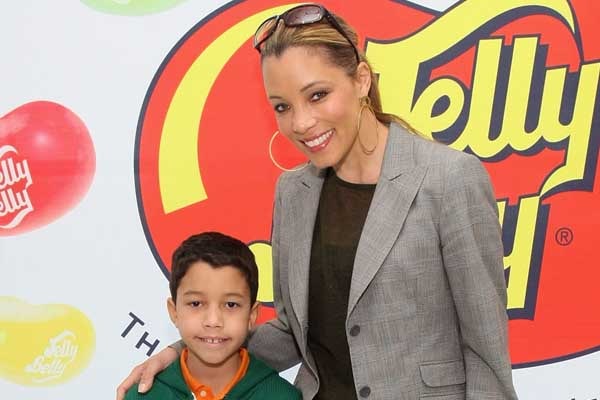 Michael Michele Williams, an actress and a producer best known for her roles in ER, New Jack City, and Dark Blue, welcomed her first child, a son named J. Brandon Rodriguez, on December 21, 2004.

Since Michael Michele’s son came to this world, Michael says her whole world changed. The way she looked at things changed, and the most important thing, her goals in life changed. A child brings so much in our life, the opportunity to become someone better, says mother Michael. So, let’s get to know more about the son of actress Michael Michele.

Michael Michele is a single mother of one child. She gave birth to her son Brandon while she was in a relationship with Jimmy Rodriguez. He is a restaurateur who started off with Jimmy’s Bronx Café. Later he branched out to Jimmy’s Uptown on Adam Clayton, Powell Boulevard in Harlem, Jimmy’s Downtown on East 57th Street, and a seafood eatery on City Island. But he suddenly moved to Los Angeles with pregnant Michael. In L.A, she gave birth to their son Brandon.

However, the couple separated under mysterious circumstances. Now Brandon lives with his mother, Michael. Like most of the mothers in Hollywood, she is also really protective when it comes to her son. In her social media account, she has not revealed her son’s face. We can just assume she is a person of privacy.

Michael Michele’s son J. Brandon Rodriguez shares a lovely bond with his mother. His mother says that when Brandon first came home with her, he brought a lot of happiness along with him. At the time of birth, J. Brandon weighed 7lbs 4oz and measured 20 inches. She says our children teach us who we are, they change the way we see the world. It will always be her most important job to be a good mother and takes good care of her son.

Moreover, Michael also says that even though her son is way taller than her, nearly 6 feet and 1 inch tall, he will always remain her little boy. She will never stop caring for him, no matter what. We last saw the mother-son duo at the 2012 Ultimate Easter Egg Hunt. Since then, Brandon has not been seen with his mother at the public place or any other event.

Michael Michele’s son, J. Brandon Rodriguez’s name, is of English origin, the meaning of the name is a hill covered with broom.