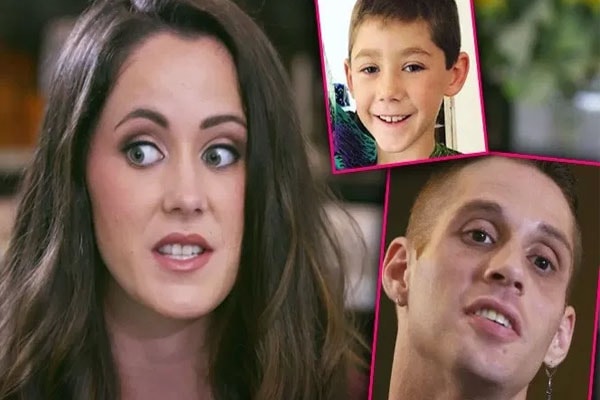 Jace’s mum is well-recognized by most of the people because she is a TV celebrity who appeared on the popular American series called “Teen Mom”. On the other side, Jace’s dad, Andrew is a normal guy and is known to be the father of Jenelle’s child.

After 9 years of absence, Jenelle Eason’s baby father Andrew Lewis sought visitation with his son. To a shock, Jenelle got a surprise from her previous partner whom she had not seen in almost a decade. Andrew and the MTV producer Kristen were in good contact with each other. So, Lewis requested her to meet Jace along with Jenelle and her mother Barbara Evans. Kristen has a good relation with Jenelle Eason and she told every fuss about Andrew Lewis.

When Kristen asked her about the curiousness of Jace towards his father, Eason replied,

“He really hasn’t said anything. The last thing he said was when he was very little and he said something like, ‘My dad’s never been to my birthday party or anything before.’”

Jenelle further said that she has been wondering if Andrew would visit him regularly or not.

Since Jenelle Eason’s son, Jace is way too close with his mum and his half-siblings, it might be hard for him to build up a connection with his dad. Moreover, Jace seems to be momma’s son and possibly does not want to be separate from her.

Jenelle Eason’s Son, Jace Has Inseparable Bond With His Half-Siblings

Going through Jenelle’s Instagram account, she has posted numerous photos of her adorable kids. Undoubtedly, it shows that Jace loves Kaiser and Ensley a lot. Furthermore, it seems as though he likes to play and have fun with his half-siblings.

Furthermore, we wonder how would Jace Vahn Evans react after he will meet his father for the first time.