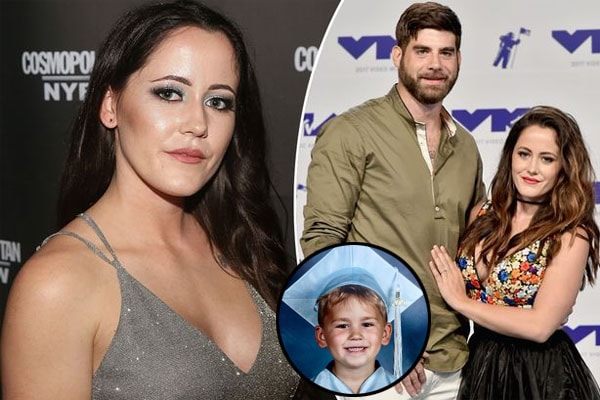 Jenelle had Jace with her baby father, Andrew Lewis whereas Ensley with her husband, David Eason. As for Emery Griffith, she is Nathan’s daughter from his other relationship. Kaiser’s mum is a well-known celebrity star in the TV shows and industry. On the same hand, his dad is also a reality star. He is best known as Jenelle Eason’s ex-boyfriend.

Jenelle Eason’s son, Kaiser loves his mum very much. Just like every mother-son loving bond, their love is also an inevitable one. Although Jenelle lost the custody of her children recently, it’s pretty sure that she badly misses Kaiser and her two children. Despite the fact, Kaiser is the precious heart of Jenelle Eason.

Similarly, Kaiser seems to be going through some bad times with his mother being not around him. Kaiser seems to be comparably close to his mum than his dad. The gorgeous Jenelle has surely given her precious time to her kid Kaiser to his upbringing. The fun the mother-son duo has can bee often seen in Jenelle’s social media posts.

After losing the custody battle, Kaiser Orion probably went back to his father Nathan. Let’s hope Nathan will provide everything and raise his son a good man.

Jenelle Eason Lost Custody Of All Of Her Kids

As mentioned above, Jenelle recently lost custody of her kids. Jenelle and her husband, David Eason lost it after David shot and killed their family French Bulldog in April. Due to this act, they are having real trouble to get the custody back into their hands.

According to the TMZ, the couple is going to therapy to get their kids back. Looks like, they joined the therapy to steer their uncontrollable rage. Perhaps they are doing everything to emerge from this extremely rough patch as a family.

According to the German origin, Kaiser came from Middle High German keiser meaning “emperor”. Likewise, from the Greek and Roman mythology, Orion was Poseidon’s son.