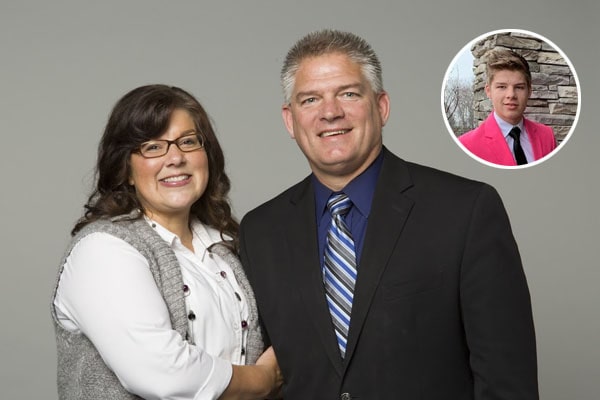 As for now, let’s know more about Kelly Jo Bates’ son Jackson Bates, the twelfth child of the Bates family.

Jackson Bates, the son of Kelly Jo Bates and Gil Bates, was born on February 17, 2002. Born to the reality TV show couple, Jackson has been appearing in the camera since his young days. He has starred on the family show ‘ United Bates of America’ and ‘Bringing Up Bates’ with his whole family.  He is homeschooled and brought up as an active participant of the Institute in Basic Life Principles according to fundamentalists fandom. We have seen Jackson grow up in front of the eyes, and we can see that he has grown up to be a good looking lad.

Jackson has appeared in almost all the series of Bringing Up Bates and shows great enthusiasm in the series. Apart from the family show, he had appeared on another show named ’19 Kids and Counting’ when he was very young. Being a movie actor wouldn’t be a wrong choice looking at the visual he has inherited from parents, mother Kelly Jo Bates, and father, Gil Bates. No wonder, he looks exactly like his father’s younger version and lovely smile.

We hope that Kelly Jo Bates’ son Jackson Bates will keep on providing great performances to the audience and wish to see him in other projects as well. Seeing him grow with a fantastic personality and good looks, it does put a smile on all the fan’s faces.

Jackson Bates is not the only child of Kelly Jo Bates, and Gil Bates, and has eighteen other siblings. Out of which, he is the younger brother of Zach, Lawson, Nathan, Trace, and Katie Bates, Michaela Keilen, Erin Paine, Alyssa Webster, Tori Smith, Carlin Stewart, and Josie Balka, and older brother of Warden, Isaiah, Addallee, Ellie, Callie, Judson, and Jeb Bates. Jackson shares the same birthday as his younger sister Addallee Bates. We can see that Jackson grew up in a huge household, and the family only keeps growing.

We can always see what the family members are up to as they are very active on Instagram.  We wish the family bond would never deteriorate and only keeps getting stronger.

The name Jackson is of English origin, meaning Son Of Jack/John.