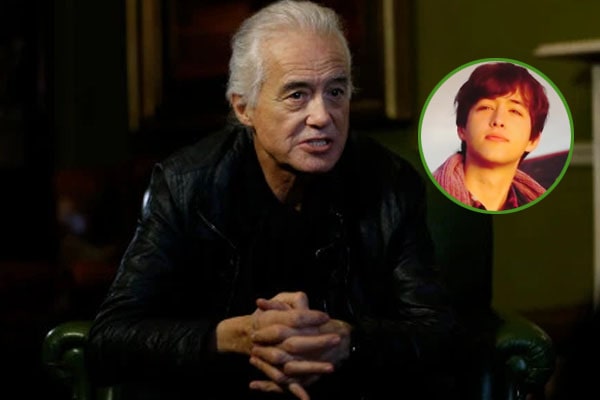 The guitar solo’s of Led Zeppelin tracks tingles the heart of every rock fan and not to mention the emotion every lyric carry. We can say that Led Zeppelin is one of the greatest treasures a rock maniac can ever ask for. And the person who made this possible was Jimmy Page, the founder and lead guitarist of Led Zeppelin. Apart from his music career, Jimmy has had quite a rocky relationship with women. When he was a young musician, Jimmy fell in love with an American model Patricia Ecker and married her in 1986 and got divorced in 1995. In their nine years of marital relationship, the couple got gifted with a child, a son named James Patrick Page III, born in April 1988.

James Patrick Page III, the third son of the Page family to adopt the same name has grown up to be a very good looking man. The fans often comment on him that he looks like his father Jimmy when he was young. And well, the good looking genes have been passed down to him by his handsome rockstar Jimmy Page and model mother Patricia Ecker. Knowing the power of looks he posses, James has been avidly involved in the film scene.

James has appeared in movies like Duet and Secession Path and made everyone sit back by his handsome looks. Not only he acted on the screen but guided other actors in documentaries like From North to South Korea and Streetcar through his direction. As of 2020, he seems to be taking part as an associate producer in the project ‘Professor Longhair, Rugged & Funky.’

We can see that James has been working hard to achieve his passion and dreams. And the results are being seen through his effortless acting and excellent direction.

Jimmy Page’s son James Partick Page III is not his only child. James has four other siblings from his father’s past affair and marriage, sister Scarlet Page from ex-girlfriend Charlotte Martin, sisters Jana Page, Zofia Jade Page, and brother Ashen Josan Page from ex-wife Jimena Gómez-Paratcha. Despite being born to different mothers, James is very close to his half-siblings.

We can see that the siblings are close to each other and seem to spend a lot of time with each other. We hope James is close to his father, Jimmy Page, as well and spends time with him.