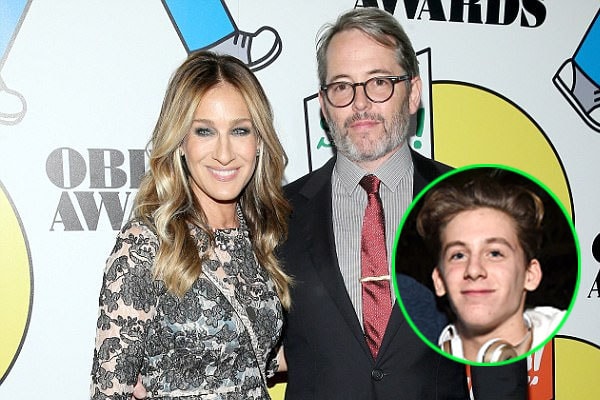 The Hollywood actors Matthew Broderick and Sarah Jessica Parker have twin daughters Marion Loretta Elwell and Tabitha Hodge Broderick who were born via surrogacy in June 2009.

Matthew Broderick’s son James Wilkie Broderick is the mini version of the actor. He has grown up as handsome as his dad Matthew. We guess the young Matthew was the same as his son, James, back in the times. We are not sure about other things, but Matthew and Sarah have passed down their beauty traits upon their children.

Since Sarah Jessica Parker is the only one active on social media, she shares her children’s pictures time and again. But all of the children’s pictures don’t show their faces. Maybe its because she does not want her children to be the center of attraction. But even from the back, they look beautiful. One thing she never misses to share with the public is about their academic progress — the most concerned topic of every parent about their children.

We can predict Matthew Broderick’s son James Wilkie Broderick will be more famous than his parents if he ever wishes to come into the industry. He has attended several movie premiers along with his parents and two beautiful twin sisters Tabitha and Marion. In days to come, we wish to see him attend the red carpet, not as Matthew Broderick’s son but as an actor. Well, if it’s possible.

James is a name for a boy. It is derived from Hebrew name Jacob which means supplanter: the one who follows. Similarly, Wilkie is a Scottish originated surname.