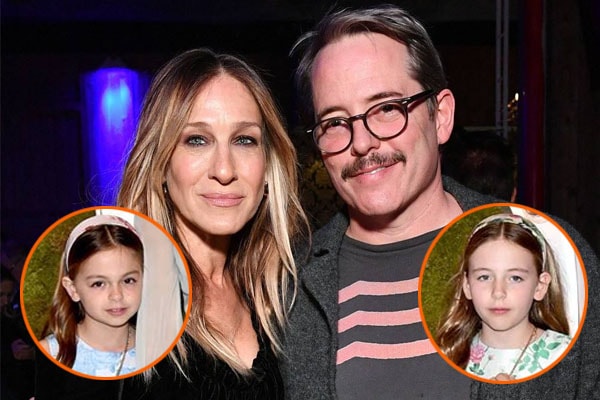 The Hollywood actors Sarah Jessica Parker and Matthew Broderick also have a son named James Wilkie Broderick. He was born in October 2002. The couple lives with their three beautiful children in Greenwich Village.

The Sex and the City star Sarah Jessica Parker’s twin daughters Tabitha and Marion are incredibly beautiful just like Sarah. Although they are twins, they look slightly different from each other. Not only that, but their personality is also distinct. In a conversation with People, Sarah mentioned that the twin sisters have a different personality that sometimes she tends to forget they are twins.

The twin sisters Tabitha and Marion even go to different schools. Sarah shared that it is Tabitha’s idea of going to separate schools. It seems like Tabitha does not want to be mistaken for her twin sister Marion. Well, only twins know the struggles of their identity.

The twin sisters Tabitha and Marion are also bookworms just like their mother, Sarah. Such a good way of raising kids by engaging them with books at a young age.

The gorgeous actress Sarah has appeared publicly with her twin girls Tabitha and Marion a few times. She also rarely shares their pictures on her social media. We guess she believes in the privacy of her children. However, photographs of her daughters are all over the internet. After all, they are the daughters of famous actress Sarah Jessica Parker.

Tabitha Hodge Broderick- Tabitha is a name for a girl. It is a Hebrew name which means beauty and grace. Hodge is a family name of Sarah Jessica Parker.

Marion Loretta Elwell Broderick- Marion is a girl name which is derived from Hebrew name Miryam. It means mistress or lady of the sea. Similarly, Loretta is a Latin name which refers to the sweet bay tree. It symbolizes honor and victory. Elwell is a family name of Sarah Jessica Parker.