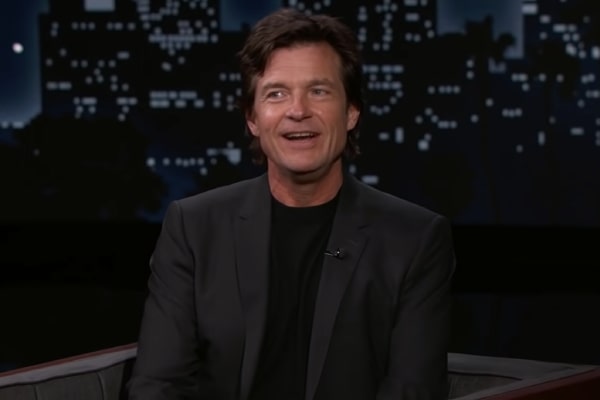 Born Jason Kent Bateman, Jason Bateman is an American actor, director, and producer. He kicked off his career back in the 1980s and has been entertaining millions ever since. Some top movies that the New York-born performer has worked in are Arrested Development, Bad Words, Zootopia, and Game Night.

Aside from his rocking career, the actor leads a happy family of four, including his lovely wife Amanda Anka and two cute children. Jason Bateman’s daughters have been gaining a lot of attention from the public as they inherited some good genes from him. Let’s get to know the famous personality’s baby girls in today’s article.

Jason Bateman and Amanda Anka first met back in 1987 when they were still teens. But the pair remained friends for several years. Later, the smitten duo fell deeply for each other and decided to spend the rest of their life on 3 July 2001.

After a few years of walking down the aisle, Francesca Nora Bateman, also known as Franny, arrived on 28 October 2006 as the first bundle of joy to her parents. Then, after six years, the youngest member of the family, Maple Sylvie Bateman, arrived on 10 February. The Zootopia star was honored with the Hollywood Walk of Fame Star in 2017. Back then the Bateman family graced the red carpet event.

The picture-perfect family’s love and support for each other were evident during the public event. By the way, Jason and Amanda’s baby girls look similar to them. On top of that, Maple and Francesca look angelic. Let’s hope, the beautiful family continues to enjoy a wonderful time together.

Franny Watched Ozark With Her Dad

Ozark ended its four-season run on Netflix in May 2022. The actor has already revisited the series and this time with his eldest little girl. During Entertainment Weekly’s talk show Around the Table with the show’s other cast members, Franny’s dad revealed that they watched two episodes of the popular series. For some reason, Jason Bateman’s daughter decided to watch Ozark. Her dad further added it was weird for her to see him on screen.

Futhermore, Franny appears to be a playful kid. Back in 2018, her father hilariously narrated how she discovered the truth about the Easter Bunny, the Tooth Fairy, and Santa Claus.

The actor spends months away from his lovely kids. However, as you can see, while talking about his wife and children, the actor has sparkle in his eyes. It is as clear as day how much the Game Night star adores his family. Francesca Nora and Maple’s doting dad once said being a father was everything he wanted. He is also a huge fan of being a parent and marriage.

Maple is not any less than her elder sister when it comes to putting her famous dad in a difficult situation. The youngest Bateman created a scene on the plane when she was just one year old. She made loud noises resembling bird sounds “Ah, ah”. The weird sound made all the other passengers look at the actor before putting on their headphones.

Despite such an occurrence, the actor enjoyed being around the Bateman sisters. Their doting dad said he always wanted them around as there was room service and so much fun.

Moreover, Maple once gained internet fame after she interrupted her dad’s virtual appearance on Jimmy Kimmel Live! When the actor discussed his career in the 1990s with the show’s host, the youngest Bateman stood outside the window and waved at the camera. Meanwhile, Maple Sylvie’s father joked about keeping her outside the house so they could have more food inside.

Overall, Jason Bateman’s daughters are growing up surrounded by all the love and care. They have already inherited good genes from their mom and dad. Although their father is not a fan of kids acting, who knows, we might witness Franny and Maple in the entertainment industry in the coming days. At last, we wish the lovely girls a rocking career and joyful life ahead.

The unique name Maple Sylvie is an earthy combination of names. Maple is like a tree, and Sylvie means Woods or forest.

On the other hand, Francesca is of Italian origin, meaning from France or free man. Likewise, Nora stems from the French name Eleanora which means light.