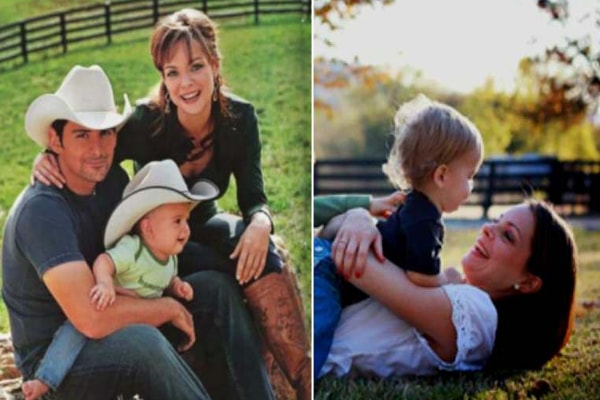 Jasper Warren Paisley is Brad Paisley‘s son with his beautiful wife, Kimberly Williams-Paisley. The adorable Jasper was born on April 17, 2009. He is the second son of Brad and has an elder brother named William Huckleberry Paisley. Jasper was named after his grandfather and he was the one

Both of Jasper’s parents are widely known artists. Jasper’s dad, Brad Paisley is an American country singer as well as a songwriter. Similarly, his mum, Kimberly is a phenomenal actress and has co-starred in lots of films. Jasper is very fortunate to be born in such a happy and wonderful family.

We got to know that Brad Paisley’s son, Jasper loves animals. He has a soft corner for the innocent animals. He seems to love going to the zoo. He also has a pet dog which he loves very much.

A post shared by Kimberly Williams-Paisley (@kimberlywilliamspaisley) on Apr 17, 2019 at 6:15am PDT

Similarly, Jasper’s mum posted a photo of him enjoying the gorillas on his birthday. She even captioned that Jasper once told his older brother that he is willing to be the ball in the air and not the bat that hits it. So, it looks like Jasper has got a grown-up mind at such a young age.

Kimberly nicknamed her son, Jasper, ‘The-philosopher-in-the-making’. Maybe Jasper is going to become a great maestro at philosophy. Or is he going to follow his parents’ track to enter the entertainment industry?

Jasper Is Growing Away From The Spotlight

Although Jasper Warren Paisley’s parents have all the fame and name in the entertainment industry, he hardly shows up on the cameras and paparazzi. We assume that Brad and Kimberly are very protective of their children.

They are so possessive that they have barely posted photos of Jasper and William on their social media sites. Plus whenever they do, the kids are either facing back or their face is probably not in the view. It looks as though Jasper’s parents are waiting for the right time to have their children be familiar with the spotlight.

The name Jasper came from the Persian origin and its meaning is ‘treasurer’. Similarly, Warren came from the Old French and refers to the ‘dweller at or keeper of a game preserve’.