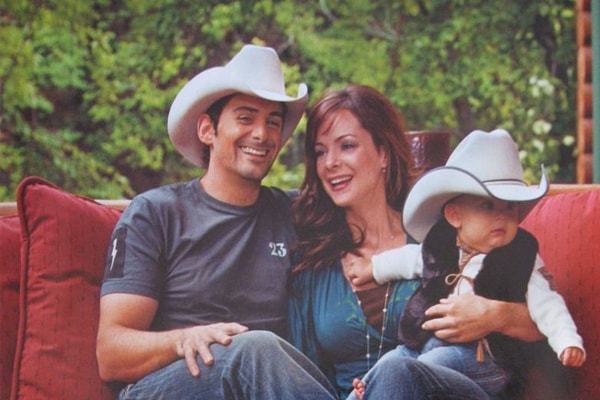 The country singer, Brad Paisley‘s son with his beautiful wife, Kimberly Williams-Paisley is William Huckleberry Paisley. He is the eldest son of the couple and was born on February 22, 2007. William has a younger brother named Jasper Warren Paisley.

William Huckleberry’s dad, Brad Paisley, is best known for his American country music songs. He is a singer and a songwriter. Similarly, his mum is also an American actress and has co-starred in many films such as According to Jim, Nashville, and Father of the Bride. So, William must be extremely lucky to be the child of such talented celebrities.

Brad Paisley’s Son, William Could Tread On The Heels Of His Parents

Since Williams parents are both great artists in the entertainment industry, he might even follow them. He might mainly focus to become either a top-notch singer or an actor. It could be easy as pie for Brad Paisley’s son, William to step into the celebrity boundary.

We don’t know, but William’s dad Brad Paisley might be teaching him all the notes and voices to help him become a singer. He barely shows up in front of people. Maybe Brad Paisley’s son is intending to surprise everyone with a bang! We never know.

Or else he just has not thought about it and is enjoying his happy days. There are multiple predictions, and it might be that he wants to pursue a unique career that his family can be proud of.

While many celebrity stars love posting adorable photos of their kids on their social media accounts, William’s parents are very opposable to them. Both Brad Paisley and Kimberly Williams-Paisley, barely post photos of either William or Jasper. If you do not believe, then you should surely check out Brad’s Instagram and Twitter as well as Kimberly’s Instagram and Twitter.

A post shared by Kimberly Williams-Paisley (@kimberlywilliamspaisley) on May 8, 2019 at 9:07am PDT

Maybe William’s parents are very familiar with the consequences of the Internet. It also seems as if they want William to be far away from the paparazzi and media. Or William hates to be the one that is recognized by every person.

The name William came from the Old High German Willehelm meaning ‘resolute protector’. Likewise, Huckleberry is of American origin, and its meaning is ‘sweet berry.’