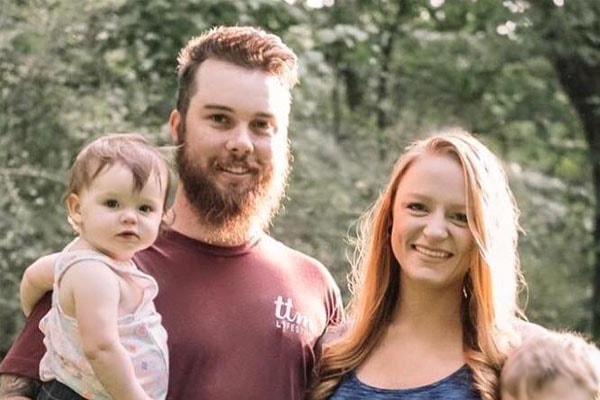 Maci Bookout‘s daughter Jayde Carter McKinney was born on 29th of May 2015. Maci had Jayde together with her husband Taylor McKinney. Jayde’s parents, Maci and Taylor are a famous television personality. The romantic pair is famous for appearing on different MTV shows.

Jayde is not the only child of her mother. She has a year younger sibling brother named Maverick McKinney. Not only that but she is the half-sister of Bentley Cadence Edwards, born from her mother’s past relationship.

As of 2019, Maci Bookout’s daughter Jayde is four years old. However, it doesn’t seem early to be in the social media limelight for a 4-years-old kid. Nevertheless, Jayde has a joint Instagram account together with her younger brother Maverick, born on the 31st of May 2016.

The very account that goes by the name of Babymon3ys is completely governed by her mother. As mentioned before, Jayde is best known as the daughter of fan-favorite MTV personality Maci Bookout and Taylor McKinney. Her mother rose to fame through the show on MTV titled 16 & Pregnant. Summing all up looks like, the daughter might be very much influenced by her mother’s bright career.

Jayde Enjoys Her Time Being With Parents And Siblings

Going through Jayde’s Instagram account, it clearly seems that she is a very fun-loving adorable girl. She loves to steal all the pleasure, traveling along with her parents and siblings.

The fortunate Jayde is surely lucky to have such supportive parents and lovely siblings. The family is often seen enjoying vacations and fun kinds of stuff together. She is growing up in a lovely environment. Surely, Jayde’s parents are very much concerned about their children’s well-being.

Jayde is a unisex name of English origin that provides the meaning of “the gemstone jade; of the color green.”