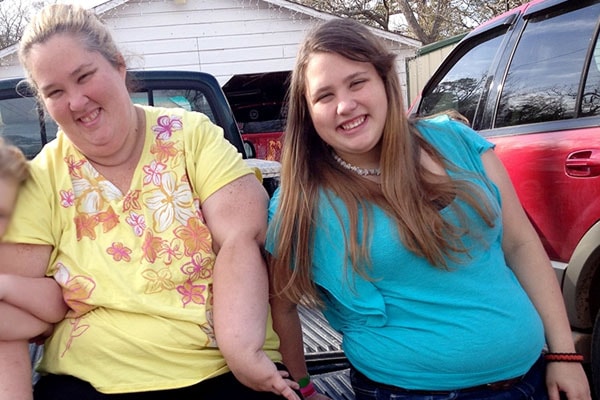 June Shannon‘s daughter Jessica Shannon aka Chubbs was born on 12th of October 1996 in Zebulon, Georgia. June had Chubbs together with her ex-partner Michael Anthony Ford. Jessica also has a step-father named Mike Thomson who is also her Godfather.

Jessica Shannon is not the only child of her mother June. She has a younger half-sister named Alana Thompson aka Honey Boo Boo who is famous for appearing on the TLC reality series Here Comes Honey Boo Boo. Not only that but, Jessica also has 2 other sibling-sisters besides Alana named Lauryn Shannon and Anna Shannon.

Jessica Shannon is a growing American reality TV show star who is known for appearing on the TLC reality series Toddlers & Tiaras back in 2012. Including that Jessica also has starred as a guest star in the hit series Here Comes Honey Boo Boo.

It is not a regular thing to be the first in a family to have a high school diploma. Chubbs was the first to complete the high school studies in her family. She got her early education at South Georgia State College and completed her later education from Wilkinson High School.

The gorgeous Jessica was 17 years old when her family moved from McIntyre, Georgia to Hampton, Georgia. Jessica did not move with her family and stayed in McIntyre because she only had two and a half months to graduate. Hence, she had to stay with her uncle Lee Poodle Thomson for a while sharing her room.

Jessica Shannon Is Close With Her Sisters

As mentioned earlier, Jessica Shannon has three sibling-sisters and is the middle child of her mother June. She is extremely close with her mother and sisters. It is quite obvious that Jessica was the bridesmaid at her sister Anna Thomson’s wedding.

Not only that but, Jessica also participated in her other younger sister, Lauryn’s wedding ceremony with her brother-in-law Joshua Efird. Also, she is active on her Instagram account which goes by her name where she posts pictures along with her mother, sisters, niece and nephew.

Jessica is a girl’s name of Hebrew origin which gives the meaning of “gift that God Beholds.”