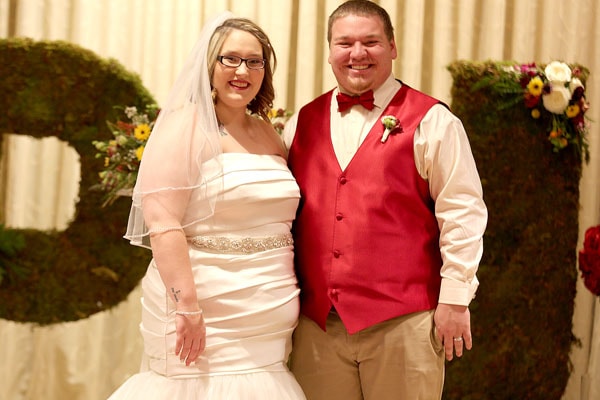 Lauryn Shannon‘s husband Joshua Efird was born in 1997. Joshua Efird tied the wedding knot with the love of his life Lauryn Shannon aka Pumpkin in April 2018. The romantic couple welcomed their first baby daughter Ella Grace Efird back in December 2017.

Not much is known about the love life of Joshua Efird prior to his lovely relationship with his wife Lauryn Shannon. Efird and Pumpkin actually got engaged years ago, just after nine months of dating back in 2016. About a year later, Lauryn confirmed that she was pregnant with her first child, announcing only at the age of 17. Efird wife quoted:

“I am really excited to be a new mom and ready for the challenges that I am gonna have to face.”

However, Joshua’s mother-in-law Mama June wasn’t quite a fan of her daughter’s choice. The 38-year-old June vented about her future son-in-law’s ability to support a child in an exclusive sneak peek of Mama June: From Not to Hot.

According to Enews, prior to their baby’s arrival, Mama June expressed her concerns that her daughter would face the same challenges she did being a teen mom. Settling her differences aside, Mama June helped to plan for her daughter’s nuptials.

Joshua Postponed His Marriage Until His Wife Became 18

Just like the story of Cinderella where the Fairy Godmother once turned a pumpkin into a carriage for the Royal Ball…Joshua Efird went ahead and turned his Pumpkin into a beautiful wife. As mentioned earlier, Joshua got married to his adorable wife Lauryn Shannon in April 2018. The wedding ceremony took place in Las Vegas which was attended by Shannon’s famous relatives, sisters Jessica Shannon, Lauryn Shannon and Anna Shannon; and mother June.

According to Daily Mail, Joshua proposed his wife Lauryn back in 2016 when they went out to dinner on December 23. The lovely couple got engaged the same day. However, he respected his wife’s decision to marry him after she turns 18 years of age and waited for two years.

Not only that but, Joshua is also active on Instagram sharing his daughter’s and wife’s pictures among his followers. His wife and daughter are also on Instagram along with their respective names. However, the current profession of Joshua is a mystery yet to be revealed.