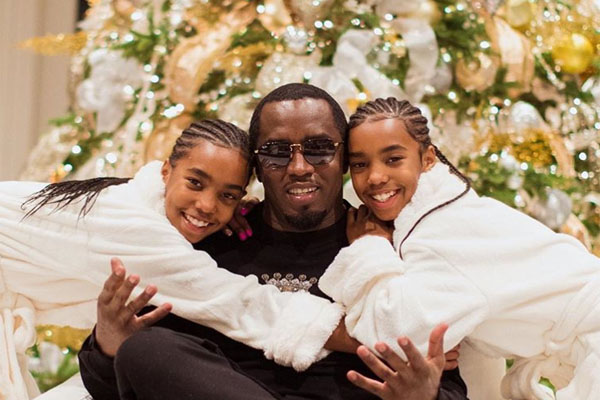 After the rapper, P. Diddy split up with his college sweetheart, Misa Hylton Brim, he started dating Kim Porter. Sean Combs and Kim Porter were in a loving relationship with each other until 2006. Maybe the couple had different goals in life that led them to break-up.

But sadly, Jessie and D’Lila’s mum died from Lobar Pneumonia on November 15, 2018. Even though their mother is no more in this world, Jessie and D’Lila’s father has been taking full responsibility to raise them. The twins’ brothers are like soldiers to protect them from any danger and share a massive bond of love between each other.

Gorgeous Jessie James Combs bonds with all of her siblings

Sean Comb’s daughter, Jessie James Combs was born on 21st December 2006. As mentioned earlier, she has a twin sister, D’Lila Star Combs. Jessie James really gets along with all of her siblings.

The gorgeous Jessie seems to like to be with her twin sister most of the time. She has also attended different fashion runways. Not only that, she has even walked in some events such as Ooh! La La! at Petite Parade NY Kids Fashion Week in October 2013.

Likewise, Jessie James Combs has attended events like United Against Ebola Benefit in 2014 and Nickelodeon’s 2018 Kids’ Choice Awards. Maybe she is fond of attending such glamorous events. Looks like Sean Comb’s daughter, Jessie James is really enjoying her life with her dad and siblings.

D’Lila Star Combs, Sean Comb’s daughter was also born on December 21, 2006. Just like her twin sister, she has also attended numerous events and performances with her dad. She has done runway walks along with her twin sister, Jessie in many fashion events too.

Usually, D’Lila is seen with her twin sister, Jessie. So, maybe each of them can do anything to prove their love for one another. Both twin sisters have the same Instagram account with over 294k followers as of May 2019. They have posted lots of photos with their siblings and other family members. D’Lila and Jessie seem to be like two faces of a coin that is inseparable. Also, the twins are fascinated with stylish clothes and outfits.

Jessie James Combs – The names Janet and Jean formed Jessie which means ‘God is gracious’. As for James, it is derived form of Hebrew name Jacob that refers as ‘supplanter.’.

D’Lila Star Combs – Lila is a variant form of the word Leila meaning ‘dark beauty’. The word Star came from the Old English steorra and is a fixed luminous point in the night sky and is huge as the sun.