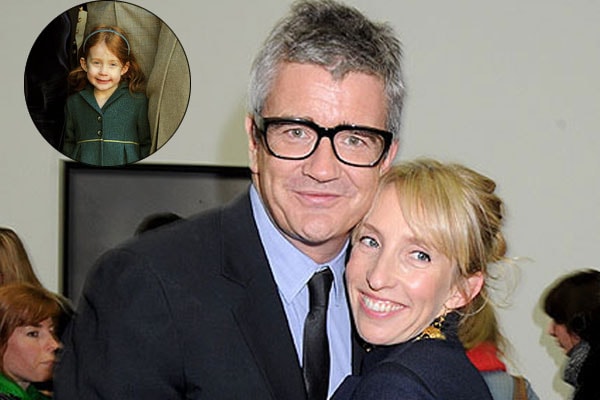 Jessie has got an elder sister named Angelica Jopling and also two half-sisters named Wylda Rae Johnson and Romy Hero Johnson. All of Sam Taylor-Johnson’s daughters live together in Los Angeles and have a nice bonding.

Jessie Has Got A Nice Bond With Her Stepfather

Despite the “Nowhere Boy” actor Aaron Taylor-Johnson being Jessie’s stepfather, she has got an excellent bonding with him. The sweet Taylor-Johnson and Jopling family can be spotted in different places having a nice family time. In one of this picture, you can see how happy the cute Jessie Phoenix looks to be held by her stepfather.

The little Jessie was born in 2006 to Sam Taylor-Johnson after being cancer free for five years. Sam makes sure to take her daughters to every important event. She took her daughters, Jessie Phoenix Jopling, and Angelica Jopling, with husband Aaron to receive her OBE.

Every daughter values the same in Sam Taylor’s eyes. She also keeps her daughter Jessie away from the media limelight like Wylda and Romy. Looking at the photos of the cute Jessie, one thing is for sure, Sam Taylor-Johnson not only makes great movies but pretty babies too.

It’s not like the director doesn’t upload photos oh her daughters in her social media sites. She does but makes sure to hide their faces.

For the time being, the 12-year-old daughter of Sam Taylor-Johnson is enjoying her childhood days. But in the coming days, if she decides to pursue a career in the movie industry, we are sure Sam will help her little one to the fullest.

The name Jessie has a Scottish origin meaning “wealthy.” It is also considered as a diminutive of “Jessica.’

As for the name Phoenix, it is has a Greek origin meaning dark red. Phoenix is also a mythological bird that is lit in flames and reincarnates from its ashes.