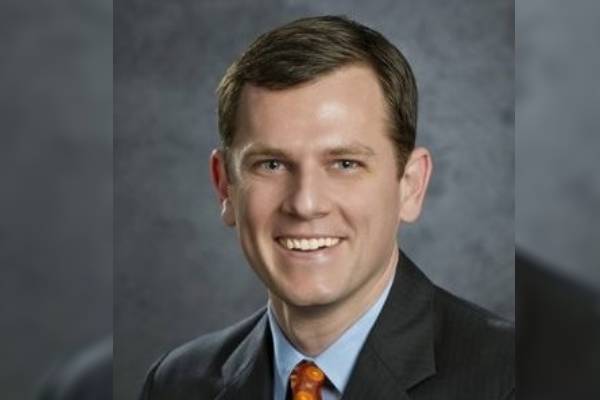 Born James Joseph Larrañaga, Jim Larranaga is the head coach of the men’s basketball team of the University of Miami, Miami Hurricanes. He began his coaching career in 1971. Ever since, he has served as the head coach of several teams, including American International, Bowling Green, George Mason, and more.

With his career stretching over a half-century, the coach has garnered immense fame and fortune in his life. As a result, the basketball coach’s personal life has also accumulated considerable interest among the public. Well, the former player is a family guy with a couple of children. Thus, in today’s article, let’s get to know Jim Larrañaga’s son, Jon Larranaga.

Jon Larrañaga was born on 19 April 1980. He is the child of the legendary coach Jim Larranaga and his wife, Liz Larrañaga. Also, the youngest Larrañaga has an elder sibling, Jay Larrañaga, who was born on 30 January 1975.

Furthermore, Jon Larrañaga’s brother graduated from St. John’s Jesuit High School. Afterward, he joined Bowling Green State University and graduated in 1997. Jay was an active student-athlete and was involved in the college basketball team. He played under his father’s coaching. Moreover, the eldest Larranaga is currently an assistant coach of the Los Angeles Clippers. Besides, Jay and his wife, Sarah Ashley Mespelt, have two children, Tia Larranaga and James Larranaga.

Overall, the Larranaga family shares a solid bond with each other. Despite their busy schedule and careers, they spend quality time together. Hopefully, their bond will grow stronger in the coming days.

Is A Graduate Of George Mason University

Jim Larrañaga’s son enrolled at George Mason University after completing his high school education. During his college days, Jon was an active student-athlete. He also played under his dad and was among his school’s leaders in points, assists, and rebounds. In addition, he also played pro in Europe.

As reported by ProBallers, Jon also played for Araberri Basket Club in Spain-LEB Silver and Benetton Treviso of ITA-1. However, the handsome son seems to be involved in a different career and is not involved in basketball anymore.

As per the 2006 article by The Washington Post, the beloved son used to do scouting for his dad. He spent about one or two hours on the Internet every day. The former George Mason graduate broke down opponents’ game-by-game statistics while also trading calls with his father and brother.

In an interview, Jon Larranaga’s wife shared how it was like a second job for him. The latter also described her husband as an amazing guy who loves and devotes himself to his family.

Works In The Financial Services Company

According to his LinkedIn account, Jim Larrañaga’s son is a partner with The Meltzer Group, a financial services company. He has been involved with the company since 2004 and is still serving there. Moreover, as per the company’s website, Jon was previously a sales associate in August 2013. Aside from that, he also coached his two sons’ youth teams and took them three times a week to a neuromuscular training program, Rhythm Dribble, to develop their ball-handling skills

Regardless, the former collegiate player seems to have achieved considerable success in his professional career. Thus, Jon Larrañaga’s net worth must be a massive sum. Furthermore, as per Glassdoor,  the average annual pay of a financial services professional is $80,133 per year. Thus, the handsome guy must be making a lot of money through his job.

On the other hand, his father, Jim Larrañaga’s net worth is also huge, all thanks to his coaching career.

Jim Larrañaga’s son is blissfully married to Elyssa Hijazi Larrañaga or Elyssa Larrañaga. Alongside the blissful marital life, the adorable couple is proud parents of two kids, Jon Larranaga and Henry Larranaga. Moreover, as per The Washington Post, Jon Larranaga’s wife was a deputy director of scheduling in the office of vice president Cheney.

All in all, Jon is doing well in his professional career. In addition, he seems to be living a comfortable life along with his family. We wish him more success in the coming days.

Jon is a name of Hebrew origin that means Gift of Jehovah or God is Gracious.