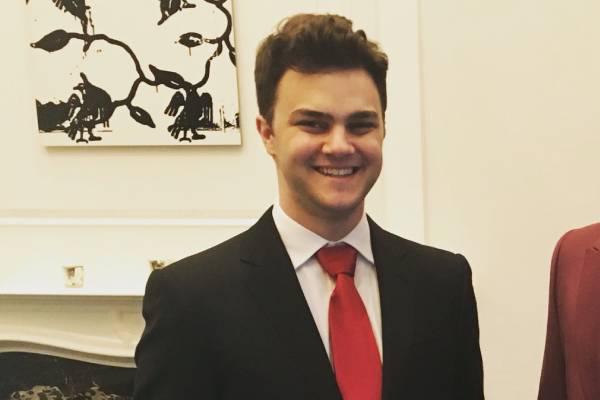 James Iovine, or Jimmy Iovine, is an American media tycoon best known as the co-founder of Interscope Records. He is also a renowned record producer. The media mogul has had an extremely successful career so far. In 2014, Jimmy and his friend, Dr. Dre, sold their company, Beats Electronics, to Apple Inc. and became billionaires.

Apart from the insane success in his professional life, Jimmy is also a family guy. The entrepreneur has been married twice and is a doting dad to his children. So if you are wondering about his kids’ whereabouts, then you are at the right place. Here we present some amusing facts about Jimmy Iovine’s son, Jeremy Iovine.

Beloved Son Of His Parents

Jeremy Iovine is the child of the powerhouse producer and his ex-spouse, Vicki Iovine. Jimmy Iovine’s ex-wife is a famous writer, model, actress, and lawyer of American nationality. The former duo married in 1985 and parted ways in 2009.

Apart from Jeremy, his parents gave birth to three other children, Jade Iovine, Jamie Iovine, and Jessica Iovine. All of Vicki and Jimmy Iovine’s kids have grown up to be amazing adults and doing great in their life.

Moreover, Jeremy’s dad has already moved on and is happily married to Liberty Ross. His father and stepmother haven’t welcomed any kids together. However, he has two step-siblings, Skyla Sanders and Tennyson Sanders, from his step-mom’s previous relationship with Rupert Sanders.

Likewise, Jeremy Iovine’s mother, Vicki Iovine, has also married David Coiro. Hopefully, Jeremy and his siblings are close with and supportive of each other.

Is A Business Development Director

Jimmy Iovine’s son doesn’t seem to be involved in the music industry. After graduating from Brentwood School in Los Angeles, he enrolled at the University of Southern California and graduated.

Jeremy currently resides in Los Angeles, California. He is working as a business development director for Rosewood Creative. He has been working at the company for over three years.

Moreover, the entrepreneur’s son initially joined the company as a manager of strategic partnerships in July 2018 and was eventually promoted to associate director of business development after a year. Finally, in July 2021, he landed his current role.

The Rosewood Creative company specializes in brand positioning, social media strategy, campaign strategy, ambassador programs, and many more to list. Before joining the firm, Jeremy worked at Apple for three years. He first started as a social media marketer for the movies and TV department. Later, in 2017 he worked in the music department in the same role.

Jeremy must be very competent and good at his work. Let’s hope he will continue to succeed in his professional career in the coming days.

Also Read: About Method Man’s Son, Sha Smith, Who Is Following In His Dad’s Footsteps

Is A Supportive Son

When Jeremy Iovine’s father married Liberty Ross, he and his siblings were all grown up. Also, they wholeheartedly supported their dad’s new marriage. The media tycoon is blessed with such loving and understanding kids. In addition, Jeremy Iovine’s brother, Jamie, even shared a picture of them getting ready for their father’s wedding.

Jeremy wore a black suit while his brother wore red. Jamie posted their picture together on his Twitter account. In addition, the legendary singer and songwriter Lady Gaga also attended Jimmy’s wedding.

Me and @ladygaga and our prom pic pic.twitter.com/jjvC0bi9Qd

Furthermore, Jimmy Iovine’s children are also supportive of his career. They often share the news and updates about their dad’s career on their respective social media handle. For instance, Jamie proudly shared information about Jimmy’s Rock & Roll Hall of Fame induction on his Twitter account.

Is Jimmy Iovine’s Son Dating Anyone?

The famous producer and media mogul’s son has grown up to be a handsome man. He has already achieved significant success in his professional career. In addition to that, Jeremy has gained a lot of fame for being associated with Jimmy.

Furthermore, all of his siblings are happily dating. But he seems to prefer staying away from the public eye and living a private life. Jeremy might also be dating and protecting his partner’s privacy. Nevertheless, anyone who will be Jeremy Iovine’s girlfriend will be a lucky person.

Overall, Jeremy is doing well in his professional life. Hopefully, he is leading a happy personal life too. In addition, he seems to be a person who prioritizes his family. We wish Jimmy Iovine’s son a prosperous life ahead.

Jeremy is a name of English origin that means A Person Who is at a High Level.