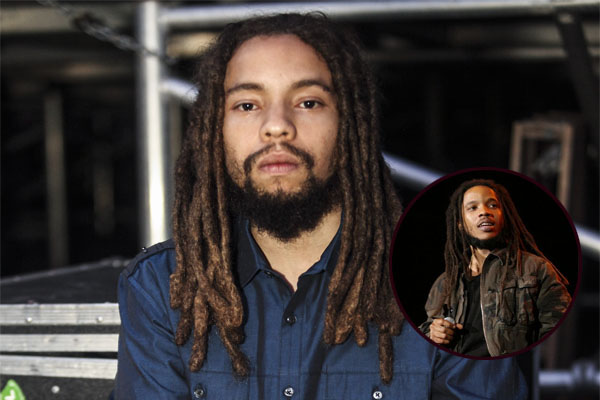 Joseph “Jo Mersa” Marley, Stephen Marley’s son and Bob Marley’s grandson was born on March 12, 1991. Maybe due to some kind of controversy, Jo Mersa’ mom has not been disclosed yet. Jo Mersa has 12 siblings; five brothers and seven sisters. He is the eldest child of Stephen Marley. He also has a cousin brother named Bambaata Marley.

Like his dad and grandpa, Jo Mersa Marley is also talented. He is a Jamaican American reggae artist and has sung some good Jamaican songs. It seems like Jo Mersa is trying to preserve and protect Jamaica’s heritage through reggae.

Jo Mersa Marley shares warm love with his dad, Stephen Marley. He is very grateful to his dad due to the fact that Stephen Marley is the one who has helped Jo Mersa to become a singer in his career.

First of all, Stephen Marley’s son, Jo Mersa Marley really admires his dad. His dad is the one who helped him to become a professional singer. Stephen Marley is the one behind his bright career.

Second of all, the father-son duo shares warm love with each other. The off-screen love between them proves that they really hit off the father-son chemistry. Jo Mersa had posted a photo of him with his father singing together on Instagram.

As his mother is still under the curtains of the spotlight, it might be that Jo Mersa still doesn’t know who his mother is or he knows and he too doesn’t want to make it public. Stephen Marley must have loved his children in a way that he didn’t let them feel the absence of their mother.

Likewise, Jo Mersa also respects his late grandfather, Bob Marley. He paid a tribute to his grandpa on Twitter. He tweeted a line of one of the songs of Bob Marley. It shows that he immensely misses his grandfather.

I know that I’m not perfect and that I don’t claim to be , So before you point your finger be sure your hands are clean.🎶🎶 ~Bob Marley~ #JudgeNot https://t.co/vrbM9Og6zh

Jo Mersa Marley has sung a number of songs

The talented Jo Mersa Marley is very determined to work hard. He has sung a number of songs due to which most of the people have been obsessed. Stephen Marley’s son, Jo Mersa Marley has been able to increase his fan following. As of April 2019, he has a huge fan base of 81.4k followers on Instagram. Some of the songs that Jo Mersa Marley has sung till now are enlisted below:

Jo Mersa Marley Is A Proud Father Of One

Not many know that Jo Mersa Marley has a daughter. We got to know that she was born on 28th January 2016. Jo Mersa’s baby mama has not been revealed yet. Also, Joe Mersa has not disclosed his daughter’s name.

Maybe Jo Mersa Marley is not ready to bring his little girl into the limelight. He might want her to have a normal life with no cameras roaming around his daughter. Jo Mersa really loves his daughter from the bottom of his heart.

The word Joseph was derived from the Hebrew name ‘Yosef’ which means “he will add”.