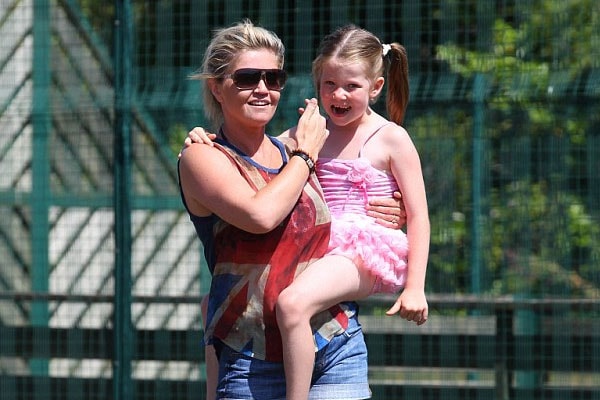 Jody Jenkins is the younger sister to her half-brother Kai Jenkins who was born on the 23rd of November 1996 to Danniella and her ex-partner Robert Fernandez.

Jody Jenkins hasn’t been in touch with her mother Danniella in three years. The reason is quite obvious that her mother used to be an extreme drug addict and yet battling to recover from it.  According to the Daily Mail, Danniella Westbrook is very desperate to reunite with her 18 years old daughter Jody after amid her heartbreaking womb cancer diagnosis in October 2018.

EastEnders actress reportedly told that she wants to fight the disease for the sake of her children including Jody but fears that she is running out of time to reconcile with her daughter. She told:

“I’ve always said I am not scared of dying but when the doctor said, You have cancer straight away my thoughts turned to Jody and that I don’t want to die.”

Currently, Danniella Westbrook’s daughter Jody lives with her father Kevin and has not spoken to her mother since 2015. However, Danniella’s eldest son Kai has forgiven his mother for her wrongdoings. Danniella herself admitted in January 2017 that Jody refused to speak until her mother could prove she was completely clean of drugs.

Danniella Westbrook’s daughter Jody is believed to be excellent in her high-school life which was mentioned by her mother in one of her interviews. However, Jody has remained a low key life figure currently and doesn’t apepar on the media limelight as her mother.

There is no current news regarding Jody’s career and lifestyle except the fact that she is the daughter of a famous actress and a millionaire businessman.

Jody is an American name meaning “praised”. However, the Hebrew meaning of Jody is “grace of God”.