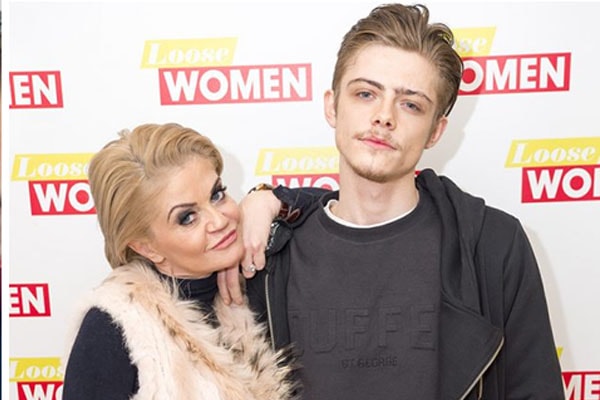 Danniella Westbrook‘s son Kai Jenkins was born on 23rd of November 1996 in the UK. Danniella had him together with her ex-partner Robert Fernandez. Kai’s parents dated for two years before they settled the differences and finally parted their ways in 1998.

Kai’s mother is an American actress who played a role in fan-favorite movie EastEnders. While his birth-father, Robert Fernandez is a car dealer.

Kai Jenkins is an elder brother and has a half-sister named Jody Jenkins who was born in 2001 to Danniella and her ex-husband Kevin Jenkins. The businessman Kevin Jenkins seems like a god-father to Kai as he adopted his last name Jenkins to honor Kevin. Kai’s mother Danniella was married to Kevin back in 2001 and remained separated since 2014.

On December 2016, Danniella Westbrook’s son Kai Jenkins exclusively revealed about what it was like to have a drug addict mother and how he still suffers flashbacks from when she almost died after an overdose of cocaine when he was just four.

Not only that but Kai’s mother Danniella exposed him to cocaine while giving birth to him. In an interview with The Sun Danniella confessed that she notoriously sniffed a line during her first-born’s labor in 1996, which coincided with the height of her problem.

Despite this, Kai still forgives his mother for her chronic substance misuse and, as a result, she vows never to touch drugs again. Speaking to the Daily Star, Kai exclusively added that he fears for his mother’s life and has even lost friends to overdoses. He mentioned:

“I’m incredibly lucky that it hasn’t affected me.  But it’s part of my life and I can’t go back and change it. I like to forgive. Everyone deserves another chance. However, I am anti-drugs. I don’t even take sleeping tablets or paracetamol. I don’t drink alcohol too.”

Kai’s generous attitude truly welcomed his mother, Danniella, who has relapsed several times over the past 20 years.

Kai Jenkins Is An Actor

Kai Jenkins is an actor who is best known for his role in The Diner and Loose Women. The handsome Kai is the eldest son of the famous soap actress, Daniella Westbrook. Looks like career-wise, Kai seems to follow his mother’s footsteps.

Danniella Westbrook’s son Kai has currently involved in rapping, and in the past has also worked as a model and a music producer.

However, on the 10th of April 2018, Kai was arrested over malicious communications and witness intimidation and later released on bail.

Kai is a boy’s name of Japanese origin which means “ocean.”