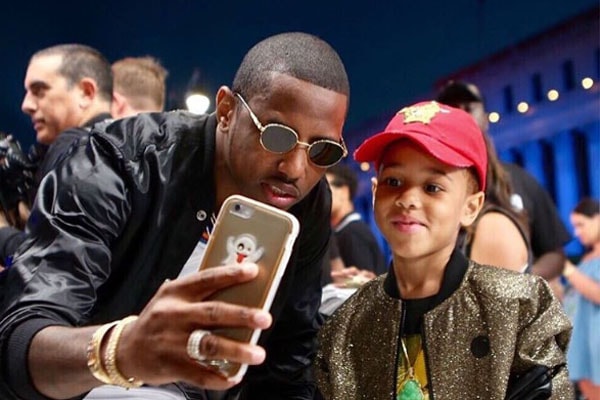 The Rapper Fabolous‘ son Johan Jackson was born on the 16th of February 2008. John David Jackson aka Fabolous had Jonas with his partner Emily Bustamante.

Johan is the eldest son of Fabolous and Emily. He has got a younger brother named Jonas Jackson. Plus, Johan also has got an elder half-sister whose name is Taina Williams, Emily Bustamante’s daughter with her ex-partner.

At such a small age of 10, the young Johan has achieved a lot of things that many people dream of. Johan Jackson is a runway model and has walked down the ramp many times. Plus with over 48.3k followers on his Instagram account “iamprincejoso,” he is already a social media star.

Most of Johan’s posts are of him are either having fun with his loved ones or walking down the ramp. Well, he is still too young to run his account on his own, so his gorgeous mother Emily Bustamante and father Fabolous look after his account. And just like his account’s name, Johan definitely looks like a prince.

Looking at the photos of Rapper Fabolous’ son, Johan Jackson, we have to admit one thing though, and that is he has inherited the good genes of both of his parents. Apart from modeling, John loves to spend time with his father. The father-son duo of Fabolous and Johan tend to spend a lot of time together.

And it looks like the baby Johan is a huge fan of wrestling as well. Thanks to his father’s celebrity stature, Johan Jackson also gets to spend time with other celebrities such as Chris Brown, Jeezy, Future and others.

As stated above, Johan Jackson has got a little brother named Jonas Jackson. Both have got a similar kind of red hair. And like most of the elder brothers out there, Johan loves his small brother Jonas a lot. And a funny thing is Jonas looks like a replica of his elder brother Johan when he was of that age.

The name Johan is of Hebrew origin. It is the short version of Hebrew name Yəhôḥānān which means “God is gracious.”