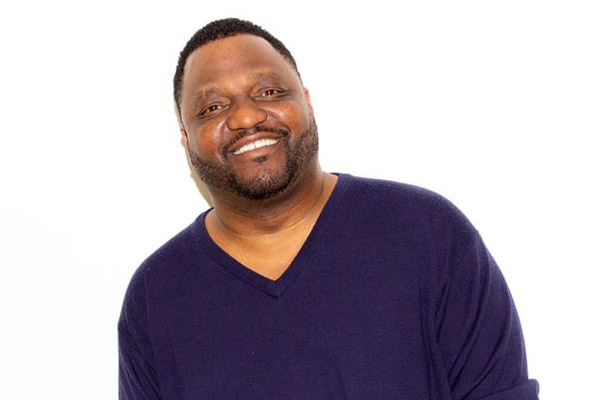 Jordan Spears is the former Fox’s Mad T.V. regular Aries Spears‘ son with Elisa Larregui. Besides being regular on Mad T.V. and starring in feature films, Aries Spears appears on several national talk shows. He continually tours the nation with his stand-up comedies.

Aries Spears’ son Jordan was born in 2010, a few months after his parent’s marriage. He is the youngest child of Aries Spears and his estranged wife, Elisa Larregui. Jordan has a sister named Jada Spears. Despite being a son of a famous comedian Aries, Jordan is not seen in the spotlight. He is only renowned as Aries Spears’ son. So, here we have some more information about this celebrity baby.

Prior mentioned, Jordan Spear is Aries Spear’s son with ex-wife Elisa Larregui. Jordan’s parents walked down the aisle in December 2010. Everything was going well till Jordan Spears’ mama Elisa Larregui filed for divorce in February 2013, which got finalized in 2014. The main reason for their separation was Aries Spears’ abusive behavior with his wife. Jordan’s mom also accused Aries of being physically brutal with her kids from the previous relationship.

After the legal separation, Aries Spears gave up full physical and legal custody of Jordan Spears and his sister Jada to Elisa Larregui. Jordan’s father, Aries, also agreed to remain 100 yards far from Elisa and his kids unless prearranged visit. Moreover, Jordan’s mom Elisa moved to Florida with Jordan and Jada. Aries made all the payments to Florida. Besides, Jordan’s father, Aries, provided spousal support too to Elisa.

The parents of Jordan, Aries, and Elisa married soon after their divorce in 2015. As prior mentioned, the couple divorced in 2014. But, they remarried on May 31, 2015. Probably, the love for his kids, Jordan and Jada, made Aries marry his ex-wife Elisa again. There might be lots of assumptions behind their wedding, but the real reason is locked with the duo.

However, Jordan’s parents could not stay together for long. They filed for their divorce again in 2018, citing irreconcilable differences. This time, Jordan’s dad asked for joint legal and physical custody of the kids and did not want to pay spousal support. Jordan’s mama and papa separated on August 1, 2018, but their divorce has not been finalized yet.

Life Away From Paparazzi

Although Jordan Spears is the son of a famous comedian and T.V. personality, Aries Spears, he does not appear much in public. It seems like Jordan Spears’ parents Aries and Elisa does not want anyone to interfere in their son’s life.

According to the birth date of Jordan Spears, he is just ten years old this year. Hence, Jordan might not have used any of the social media accounts. Jordan’s dad Aries Spears does have an Instagram plus Facebook account. But it’s our bad luck that he has not posted a single photo of his son.

As Jordan Spears spends most of the time with his mama Elisa, she also does not seem to have any social account in her name. So, it’s tough to find pictures of Jordan Spears in social media. Let’s hope we can see the hunky Aries Spears’ son Jordan Spears photos soon.

The name Jordan originated from the Christian Roman Empire, which means “One who descends” or “to flow down.”