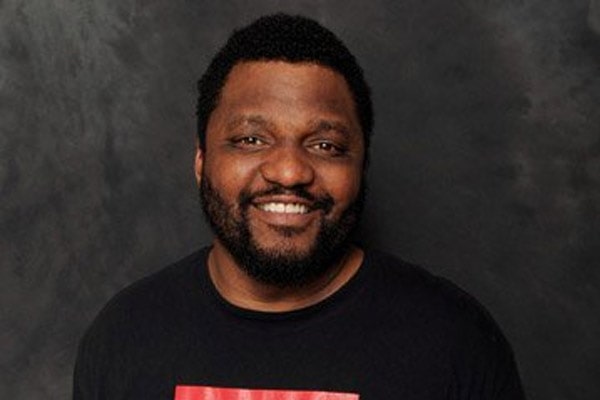 Elisa Larregui is the estranged wife of the famous comedian Aries Spears. Larregui was in a marital relationship with Funnyman Aries Spears since 2010. Three years after their wedding, they legally separated. The ex-couple pf Aries and Elisa have a son named Jordan Spears and daughter Jada Spears together. Their kids together, Jordan and Jada’s full custody, went to the mother, Elisa Larregui.

The marital relationship between Aries Spears and his then-wife Elisa Larregui was going so well. There was not any news regarding their feud or any sorts of misunderstandings till 2013. In February of 2013, Elisa filed divorce documents in Los Angeles, Country Superior Court. And the divorce got finalized on May 23, 2014.

Elisa had citied “Irreconcilable differences” in the divorce documents. But later, she accused her then-husband Aries Spears of abusive behavior with her and her children from her past relationship. Elisa charged Aries for swinging a baseball bat at her during a domestic dispute.

After the end of their three-year marriage, Aries’ pocket was $400K lighter. The court ordered the American Entertainer Aries Spears to buy a house in Florida with a cost range of $300 to $375K. Also, Elisa’s ex-husband had to buy the 2014 Cadillac Escalade for her.

Wait! Wait! The thing does not end here. The estranged husband and wife, Aries and Elisa, remarried in 2015. There might be strings of reasons behind the fact of tieing the knot again, but only they know that. The re-hitched couple’s relation did not go long again, and as a result, Aries and Elisa separated in 2018. They filed for divorce, but there’s no news about the official separation of the two being finalized yet.

Had The Full Custody Of Their Children

Aforementioned, Aries Spears and Elisa Larregui split-up on May 23, 2013.  After their disunion, Elisa got the full physical and legal custody of her son Jordan Spears and daughter Jada Spears with Aries. She received an amount of $5000 per month as child support. The court allowed Elisa’s ex-husband Aries to “monitored” visitation to his son Jordan and daughter Jada. Aries Spears, who makes others laugh till they cry, did not look happy himself after his son’s custody went to Elisa.

The estranged husband and wife, Aries, and Elisa, along with their children, united after their marriage in 2015. The disunited family was together again. But it did not last long. The re-united couples separated again in 2018. Although the divorce process has not been completed yet, Aries has denied providing spousal support. Moreover, he also asked the joint-custody of his kids with Elisa.

Aries Spears’ ex-wife Elisa Larregui also filed a restraining order against his ex-girlfriend Shelayne Turner. Elisa citied Turner, and her daughters chased her to her front door with their car. Fearing Shelayne might attack and probably even kill her, Aries’ ex-partner Elisa went to a judge for her protection from them.

Elisa claimed her former husband’s ex-lover Shelayne threatened her and even called her a ‘b*tch’ when she was in her car. Furthermore, she insisted Shelayne almost attacked her with a crowbar in 2012. Although Aries and Elisa are no more together since 2013, Shelayne is still jealous of them.

The court had given a temporary order saying Shelayne to stay 100 yards away from Elisa. Aries Spears did not comment on this issue publicly. Maybe, he did not want any more dramas and the public’s negative comments on his life.

Nevertheless, let’s hope that Aries’ ex-partner will come out in the media soon and share about her whereabouts and hoe their son Jordan has grown.