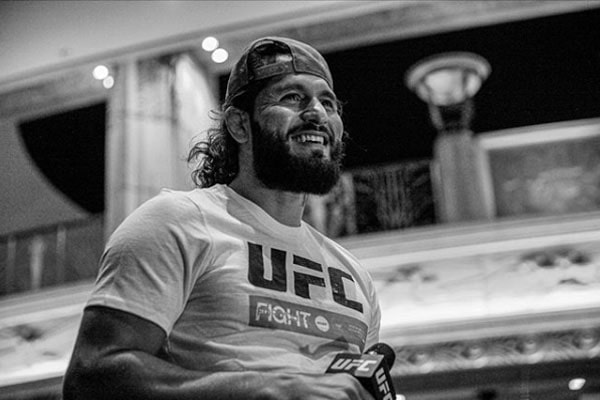 Jorge Masvidal is the father of three children whom he had with his ex-girlfriend, Iman Kawa. Image Source: gamebredfighter /Instagram.

The American Mixed martial artist competing in the UFC’s welterweight division, Jorge Masvidal, made an astounding career who ranked at #3 in the UFC welterweight rankings as of Jan 27, 2020. Talking about his personal life, Jorge is a father of three children; two daughters and a son. He had his children with his reported ex-girlfriend, Iman Kawa.

Well, Jorge Masvidal’s children are still not familiar in the spotlight and media. They seem to be complete strangers to the world. Anyways, if you stick up with the article, you might get some information that you never knew about Jorge, his ex-girlfriend, or his children. So, without wasting any time, let’s get straight down.

Even if we know that Jorge Masvidal is the father of his three children who he had with his then-girlfriend, Iman, their names are yet to be revealed. Both Jorge and Iman seem to be very private when it comes to talking about their kids.

Going through Jorge Masvidal’s Instagram, he barely posts his kids’ photos or videos. However, he had posted a video where he got reunited with his kids after 13 weeks. He was so shocked and, at the same time, thrilled to be with them again.

As soon as Jorge’s son and daughter came near to him, he hugged them tightly and kissed his daughter too. It’s so adorable to see fierce Jorge, melting in front of his lovely kids.

On the other hand, Jorge Masvidal’s alleged baby mama, Iman Kawa, is also concerned about posting her children’s photos on her Instagram. We assume the ex-couple decided to keep their children far away from the limelight. The real question is with whom are the kids living right now.

Nonetheless, we do know that Jorge and Iman’s eldest kid is their daughter, and the youngest one is an adorable son. So, in all, Jorge and Iman’s three children are most probably living a subtle life.

When Masvidal was asked what the toughest part of being in the mainstream was, he said that he can’t go to supermarkets. When Jorge and his daughter go to the movies, they have to play the dodging game. It’s because as a UFC star, people come up to him. But his daughter hates that part and does not like it.

Also, in 2014, Jorge delivered a big win for his daughter after defeating fellow lightweight Pat Healy. He wanted to ensure that his daughter’s first live UFC experience was a happy one. So, we can tell from that how loving and caring father Jorge Masvidal is.

Split Between Jorge Masvidal And Alleged His Ex-girlfriend, Iman Kawa

According to Essentially Sports, the ex-lovers, Masvidal and Kawa, were together for over ten years. But they ended their relationship with a breakup. As for a reason behind the breakup, it’s hidden under the curtains. Perhaps, Jorge and Iman had issues that they could not work out and hence the only option was left to split.

It’s strange to see how the ex-couple parted ways but have not deleted some of their photos on their respective social media handle. Iman Kawa also has a YouTube channel named ‘Better Than Your Mother’s.’ She had posted a video featuring her ex-boyfriend two years ago, which still has not been removed.

Who knows, Jorge Masvidal could get back together with his alleged baby mama Iman Kawa too. It’s not sure, but anything can happen in the future. So all in all, Jorge Masvidal is the father of his three children, two daughters, and a son he had with his baby mama, Iman Kawa.