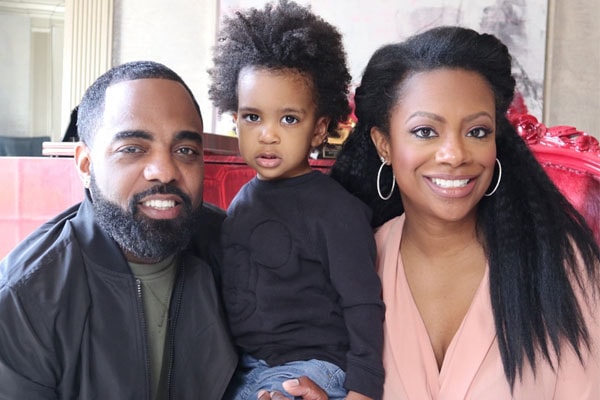 Grammy Award winner Kandi Burruss is currently living a happily married life with husband Todd Tucker, who is a producer. They together have a son named Ace Wells Tucker. Kandi Burruss and Todd Tucker’s son Ace was born on the 6th of January, 2016 at 8:42 a.m.

When asked why name Ace? The RHOA star Kandi Burruss replied that she wanted a unique name for her young fellow. She further added that when her son Ace would be going to school, he wouldn’t have to worry about other children having the same name. As for Kandi Burruss’ son Ace’s middle name “Wells,” it is Todd Tucker’s mother’s last name.

Like his name, we hope that Ace would ace in his life too. The couple had been waiting for their son’s arrival for a couple of months before, and when he finally arrived their happiness contained no boundaries.

Like Riley’s 16th birthday party, Kandi Burruss’ son Ace’s first birthday party was also lit. They had a “flying ace theme” birthday party. Tameka “Tiny” Harris and T.I.’s daughter Heiress were some of the guests who attended the party.

Along with the birthday celebration, Kandi celebrated her son Ace Wells Tucker walking his first steps too. She posted a cute video of her son walking just a day before his birthday.

And now as the young Todd Tucker’s son, Ace is two, and he has started to speak and stutters while doing so. It will take the young Ace sometime before he can talk smoothly. And we hope he too would have a great voice like his Grammy Award-winning mother, Kandi.

Son of Todd Tucker, Ace Wells Tucker has an Instagram account with over 424K followers; already a star isn’t he?

As mentioned above, Kandi wanted a unique name for her son, well, she got it and has got a great meaning as well. Ace means to excel in a work and Wells means spring.  As Kandi Burruss’ son Ace Wells is young now but we hope him the very best to ace in his future as well.